HEADLINE Trump 'wrong' on tweets but relations will endure: May

Trump 'wrong' on tweets but relations will endure: May 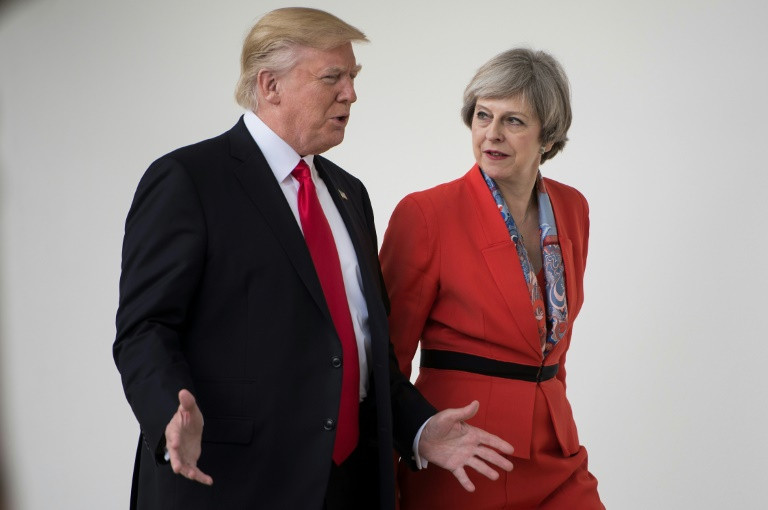 Prime Minister Theresa May repeated Thursday that US President Donald Trump was wrong to retweet anti-Muslim videos posted by a British far-right group, after he told her to focus on her own affairs, but stressed that the US-UK relationship would endure.

May's initial condemnation prompted an extraordinary rebuke from the US leader, who told her on Twitter: "Don't focus on me, focus on the destructive Radical Islamic Terrorism that is taking place within the United Kingdom."

Speaking to reporters during a trip to Jordan, the prime minister stood her ground, defending her record on tackling extremism -- including by the far right -- while emphasising the strength of British-US ties.

"I'm very clear that retweeting from Britain First was the wrong thing to do," May said, describing the group as a "hateful" organisation that "seeks to spread division".

But she stressed that Britain and America have "a long-term special relationship... it is an enduring relationship that is there because its is in both our nations' interests".

Trump's retweets of a group known for its aggressively anti-Muslim stance have drawn condemnation in the United States and in Britain, where there were renewed calls for his planned state visit to be cancelled.

London Mayor Sadiq Khan, who has himself been involved in a string of spats with Trump, said the president's actions were "a betrayal of the special relationship between our two countries".

May was the first foreign leader to visit Trump following his inauguration in January, where she offered him a prestigious state visit to Britain including a welcome by Queen Elizabeth II.

But opposition to the invitation has only grown, and Khan said Thursday that it was "increasingly clear that any official visit at all from President Trump to Britain would not be welcomed".

May said: "An invitation for a state visit has been extended and has been accepted. We have yet to set a date."

The videos Trump retweeted, purporting to show assaults by Muslims, were posted by Britain First's deputy leader Jayda Fransen, who has been convicted of a hate crime and faces new charges in a trial starting next month.

Local Government Minister Sajid Javid said Trump had "endorsed the views of a vile, hate-filled racist organisation that hates me and people like me" 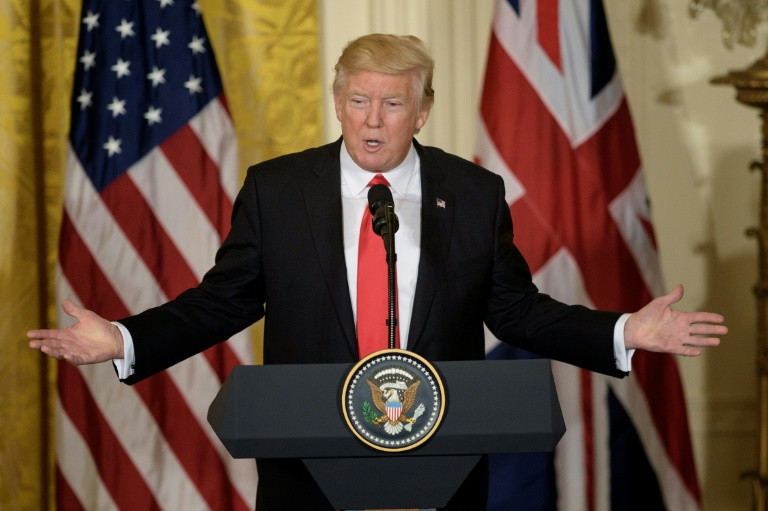 But while she too emphasised the importance of bilateral ties, May rejected Trump's criticism that she was not focused on tackling extremism, following a string of attacks in Britain this year.

"As prime minister I am very clear about the priority that I give to dealing with the challenge of the threat of terrorism," she said.

She added that this included extremism from "whatever source", noting that "in the United Kingdom we take the far-right very seriously".

Trump's interventions in British politics have strained the trans-Atlantic relationship, particularly infuriating London with his tweets on terrorism in Britain.

In a pointed remark, May said: "I'm not a prolific tweeter myself and that means I don't spend all my time looking at other people's tweets. But when I feel that there should be a response I give it."

Ann Coulter, a right-wing US commentator who is followed by Trump on Twitter and may have inspired his retweets, said that he "has only given as good as he gets".

"I think he has been verbally attacked from the mother country for a lot longer than he has been attacking Britain," she told BBC radio.

In a highly unusual step, the Dutch embassy in Washington criticised Trump over one of the videos falsely claiming to show a Muslim migrant beating up a Dutch boy on crutches.

"@realDonaldTrump Facts do matter. The perpetrator of the violent act in this video was born and raised in the Netherlands. He received and completed his sentence under Dutch law," it said.

Before Trump's latest missive, the White House had scrambled to limit the fallout, saying that even if the videos were misleading, "the threat is real".

Britain First, a small group with no political representation and best known for aggressive picketing outside mosques, has hailed Trump for his support.