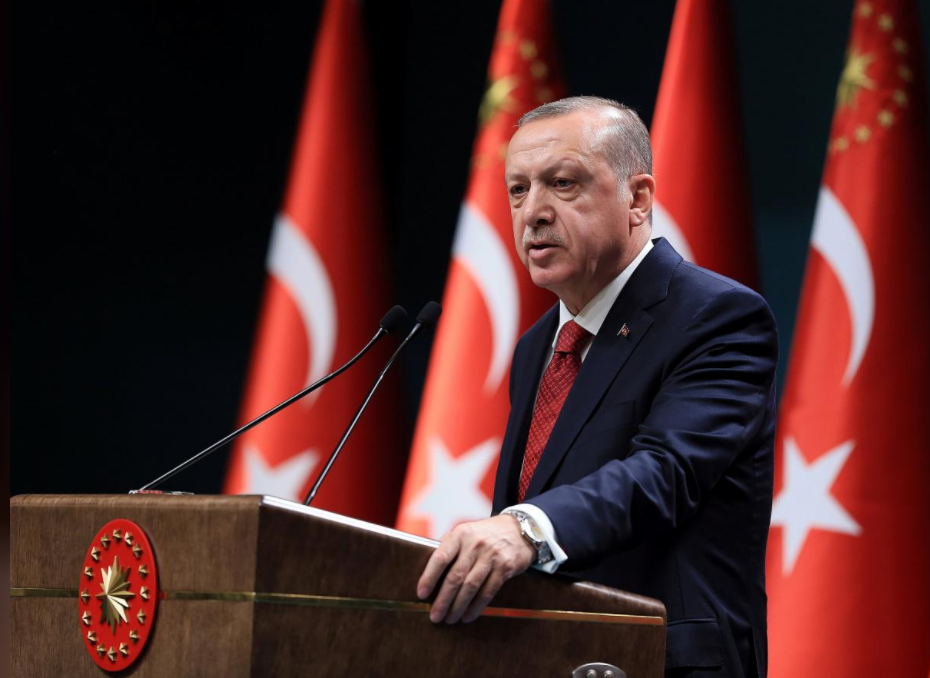 President Tayyip Erdogan on Wednesday called snap elections for June 24, saying economic challenges and the war in Syria meant Turkey must switch quickly to the powerful executive presidency that goes into effect after the vote.

The presidential and parliamentary elections will take place under a state of emergency that has been in place since an attempted coup in July 2016. It was extended by parliament on Wednesday for another three months.

In 15 years of rule as prime minister and then president, Erdogan has transformed a poor, sprawling country at the eastern edge of Europe into a major emerging market. But Turkey’s rapid growth has come been accompanied by increased authoritarianism, with a security crackdown since the failed coup leading to the arrest of tens of thousands.

Last year, Erdogan narrowly won a referendum to change the constitution and create the executive presidency. The changes take effect with the next presidential vote.

The government had repeatedly denied reports it would bring forward the elections, which were not due until November 2019, but Erdogan said Turkey should leave political uncertainty behind.

Citing its military operations in neighboring Syria and the need to make important decisions on investments and an economy unlikely to maintain last year’s sharp growth, he said it was necessary “to remove the election issue from our agenda”.

Turkey must “switch to the new executive system in order to take steps for our country’s future in a stronger way,” he said in an address from the presidential palace in Ankara, flanked by rows of Turkish flags and broadcast live on television.

“By calling snap elections for June, Erdogan is signaling that he believes his support, at least for the near future, has peaked. He may well be worried that if Turkey’s economic problems continue to worsen it will take a toll on his support,” said Nicholas Danforth, a senior policy analyst at the Bipartisan Policy Centre in Washington.

The announcement was made after Erdogan held talks with the head of the nationalist MHP party, Devlet Bahceli, who a day earlier had floated the prospect of an early election. Bahceli’s small MHP party is expected to form an alliance with Erdogan’s AK Party in the parliamentary election.

Three hours after Erdogan’s declaration, the High Electoral Board said it had completed all preparations for early elections and was waiting for approval from parliament, where the AKP has a majority.

The main opposition CHP party called for an immediate end to the emergency, which allows Erdogan and the government to bypass parliament in passing new laws and allows them to suspend rights and freedoms.

“There cannot be an election under emergency rule,” CHP spokesman Bulent Tezcan said. “The country needs to brought out of the emergency rule regime starting today.”

The United Nations last month called for an end to the emergency and accused Ankara of mass arrests, arbitrary sacking and other abuses. Some 160,000 people have been detained and a similar number of civil servants dismissed since the failed putsch, it said.

Media outlets have been shut down and scores of journalists have also been jailed.

The top European Union official handling now-stalled talks on Turkey’s joining the EU said Tuesday that Ankara was moving rapidly away from the path of membership - Brussels’ bluntest criticism yet of what it sees as a Turkey’s shift towards authoritarianism.

Turkey’s parliament last month passed a law revamping electoral regulations that the opposition has said could open the door to fraud and jeopardize the fairness of voting. The law grants the High Electoral Board the authority to merge electoral districts and move ballot boxes to other districts.

Turkey’s lira firmed against the dollar after Erdogan’s announcement and was at 4.0140 at 1815 GMT. The yield on Turkey’s benchmark bond fell some 10 basis points and the main stock index jumped more than 3 percent.

Some investors had already been factoring in the prospect of early elections, saying the government would struggle to keep the economy going at its current breakneck pace - it expanded at 7.3 percent in the fourth quarter - until late next year.

The economy is likely to expand 4.1 percent this year, short of the government’s target of 5.5 percent, a Reuters poll showed. Such a slowdown could hurt Erdogan, who has built much of his reputation on his stewardship of the economy, above all his record of delivering roads, hospitals and public services to millions of pious poor and middle-class people.

Investor concerns about double-digit inflation and Erdogan’s pressure on the central bank to keep rates down have sent the lira to a series of record lows. The currency’s sell-off may have figured in the call for early elections, some investors said.

“A continued depreciation of the currency would likely negatively impact voter behavior and may jeopardize Erdogan’s plans for victory,” said Paul Greer, a portfolio manager at Fidelity International in London.

“We read the early election announcement as a recognition from the government of a need for a tighter monetary and fiscal adjustment sooner rather than later.”