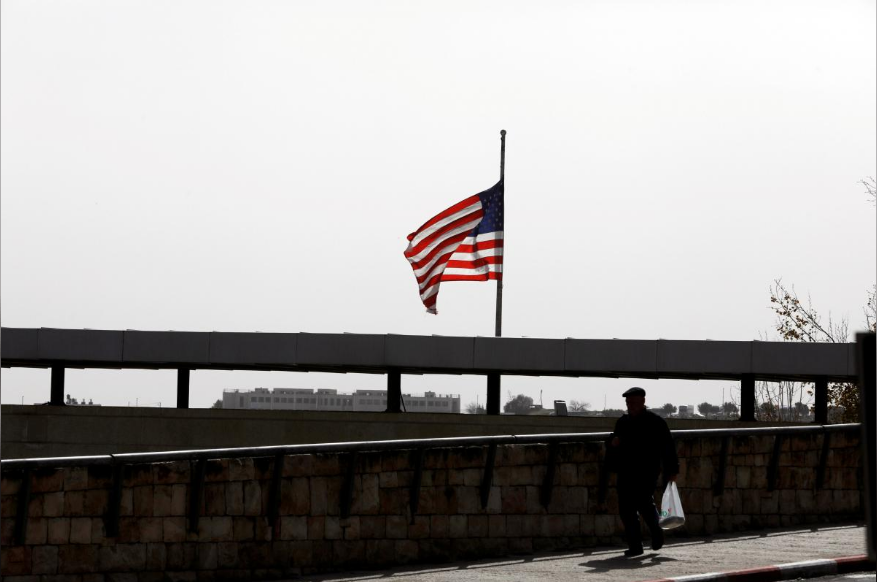 A United States flag flies over a complex belonging to the U.S. consulate in Jerusalem, January 22, 2018. File Photo: Reuters

Turkey said on Saturday a decision by the United States to open an embassy in Jerusalem in May disregarded decision by the United Nations and Organisation for Islamic Cooperation (OIC) and showed the United States insisted on damaging peace.In a statement, Turkey's Foreign Ministry said the decision was "very worrying". The U.S. State Department said on Friday it would open an embassy in Jerusalem in May to coincide with Israel's 70th anniversary.

In December, President Tayyip Erdogan hosted an OIC summit of more than 50 countries in Istanbul, where Muslim leaders condemned the U.S. decision to recognise Jerusalem as Israel's capital.