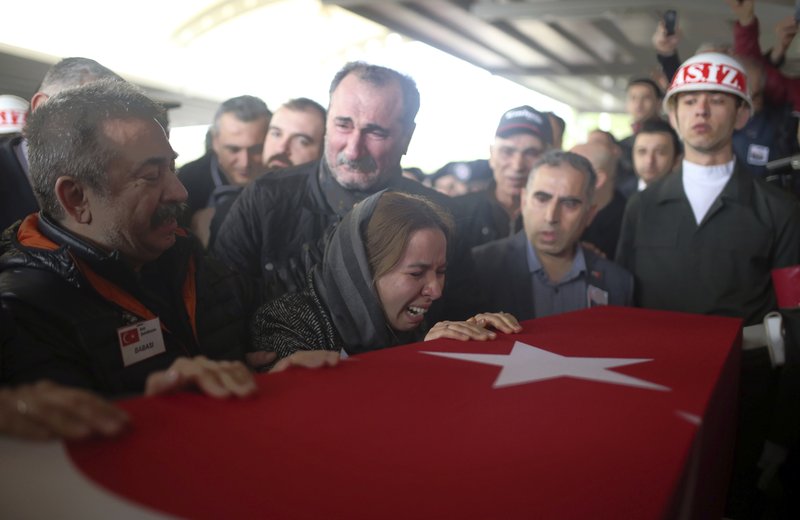 Turkey’s military announced the death of another soldier in its operation against a syrian Kurdish militia in northern Syria, on Sunday.

Sunday’s announcement brings to 31 the number of Turkish soldiers killed since the operation against the Syrian Kurdish militia started on Jan. 20 with Ankara’s cross-border incursion into the enclave of Afrin.

The military’s statement said the soldier died in clashes with the Syrian Kurdish group known as the People’s Protection Units, or YPG. Turkey considers the YPG to be “terrorists” and claims it is linked to an outlawed Kurdish insurgent group operating within Turkey’s own borders.

Turkey continued its operations Sunday, targeting YPG areas with air and artillery strikes. It is commanding a joint operation with Syrian opposition forces on the ground, as well, though they have been held to limited territorial gains by the YPG. Some 148 YPG fighters and 157 Syrian opposition fighters have been killed in three weeks of fighting, according to the Syrian Observatory for Human Rights monitoring group.

Saturday was the deadliest single day for Turkey, with 11 Turkish soldiers killed. Two of them were aboard a Turkish attack helicopter that crashed while on a mission over Afrin. The YPG claimed they brought down the helicopter, but Turkish officials did not confirm that account.

Elsewhere in Syria, a wave of Israeli airstrikes on Iranian targets on Saturday marked a dramatic cross-border escalation to the civil war. It was the most serious Israeli engagement since war broke out in Syria in 2011. An Israeli F-16 crashed during the raid. Israel’s military has refused to acknowledge it was shot down.

The office of U.N. Secretary General Antonio Guterres said it was “following closely the alarming military escalation throughout Syria and the dangerous spillover across its borders.”

Also Sunday, at least three civilians were killed in government airstrikes and shelling on a besieged, opposition-held area outside Damascus, according to the Observatory. The Syrian Civil Defense search-and-rescue group said two people had been killed in the Eastern Ghouta region.

Rebels fired shells from Eastern Ghouta into Damascus, striking popular squares in and around the old city, Syrian state media reported. There were no immediate reports of casualties.