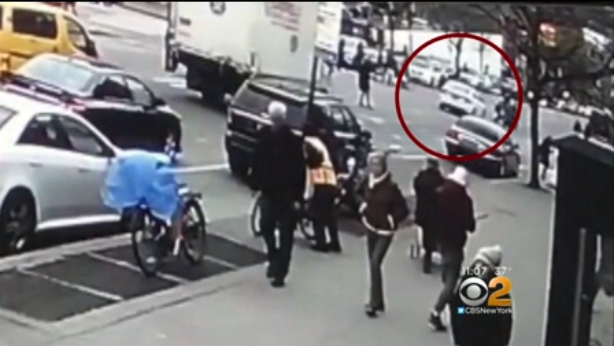 The cctv near the site of tragedy captured the fleeing car. (Screenshot: CBS)

Two young children killed when a car ran into pedestrians in Brooklyn, New York City on Monday and several others, including a 30 weeks pregnant, were hospitalized.

According to the witnesses, the female driver was at the intersection and made a move to get around a stopped car. That's when police say she plowed into a group of pedestrian. After the initial impact, The saw the car was seen dragging two children down the block.

"The driver stopped for two seconds, really slow, and then floored it trying to get away," one person said to CBS.

"The car kept going until hit a parked car," one woman said

No charges have been filed as the driver was still being evaluated and questioned late Monday.