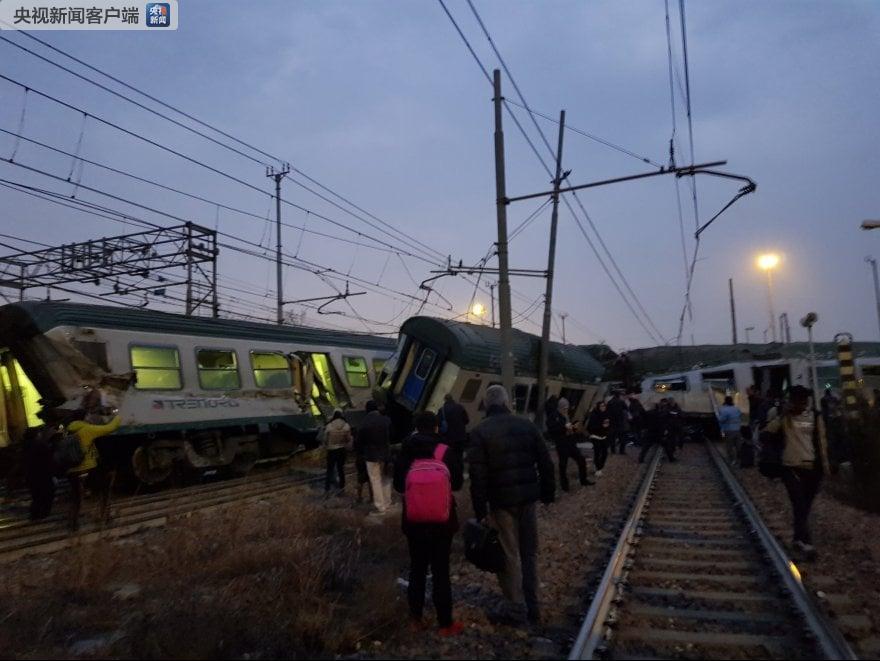 At least two people were killed and 10 others seriously injured in a train derailment in northern Italy early Thursday, the Ansa news agency reported.
A commuter regional train derailed between Pioltello and Segrate on the outskirts of Milan, Lombardy, at around 7 a.m. local time (0600 GMT), said the Italian Fire Corp at the scene.
At least two passengers were killed in the accident, while 10 other people were seriously injured. Ansa reports also quoted emergency staff as saying that an additional 100 people had light injuries.
Hours after the accident, rescue personnel were still working to free several passengers trapped in the wreckage, according to reports.
The accident happened about one and a half hours after the commuter train belonging to FerrovieNord company left Cremona for Milan, with hundreds of passengers on board.
Pictures from the scene showed at least two carriages in the train's central section turned over and were badly damaged.
Some regional trains operating on the same line were suspended. The cause of the accident remained unknown.