Two people have been killed in a factory fire in Dieppe, northwestern France, on Saturday, said local authorities.

Two other people were shocked and taken in charge by the psychological cell of Dieppe hospital, Jehan-Eric Winckler, sub-prefect of Dieppe, told BFMTV, adding that all of the four people working for a company providing maintenance service.

The fire was caused by a blast occurred at around 11:00 a.m. local time in the factory of Saipol, a French agro-industrial group.

The fire has been under control.

Earlier reports said at least one person was killed and another was missing in the fire, which might have been caused by the explosion of a tank. 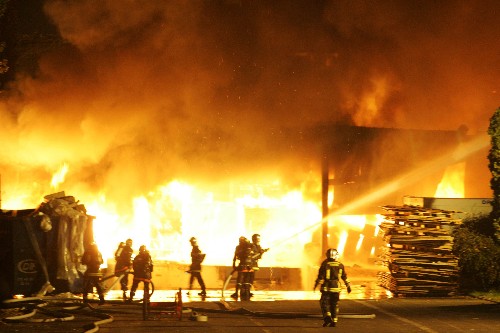