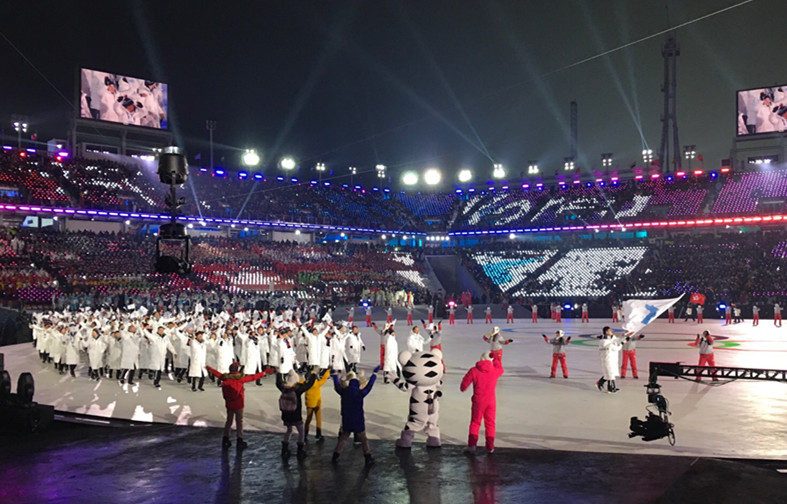 Athletes from South and North Korea marched behind the blue-and-white Korean unification flag at the opening ceremony for the Pyeongchang Winter Olympics on Friday to huge cheers.

Won Yun-jong, a bobsledder from the South, and North Korea's Hwang Chung Gum, who will play for the joint Korean women's ice hockey team, led out the contingent at the Olympic Stadium.

The "Peace Olympics" is getting under way in a spirit of high rapprochement with Kim Yo Jong, the sister of North Korean leader Kim Jong Un, forming part of the North's most high-ranking delegation ever seen in the South.