US Congress Wednesday unveiled a bipartisan spending package worth 1.3 trillion US dollars that would keep government agencies operating through September.

The measure, coming after congressional leaders met earlier in the day, will prevent the third government shutdown this year if it's passed and signed into law by the Friday night deadline.

The bill allows big spending increases for defense and domestic programs, while adding money for infrastructure projects, veterans and measures to combat the opioid crisis.

However, it gives President Donald Trump only about 1.6 billion dollars for construction of a border wall with Mexico and other border security measures, far short of the 25 billion dollars in long-term funding that the administration sought. 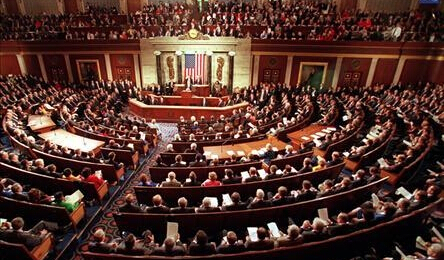