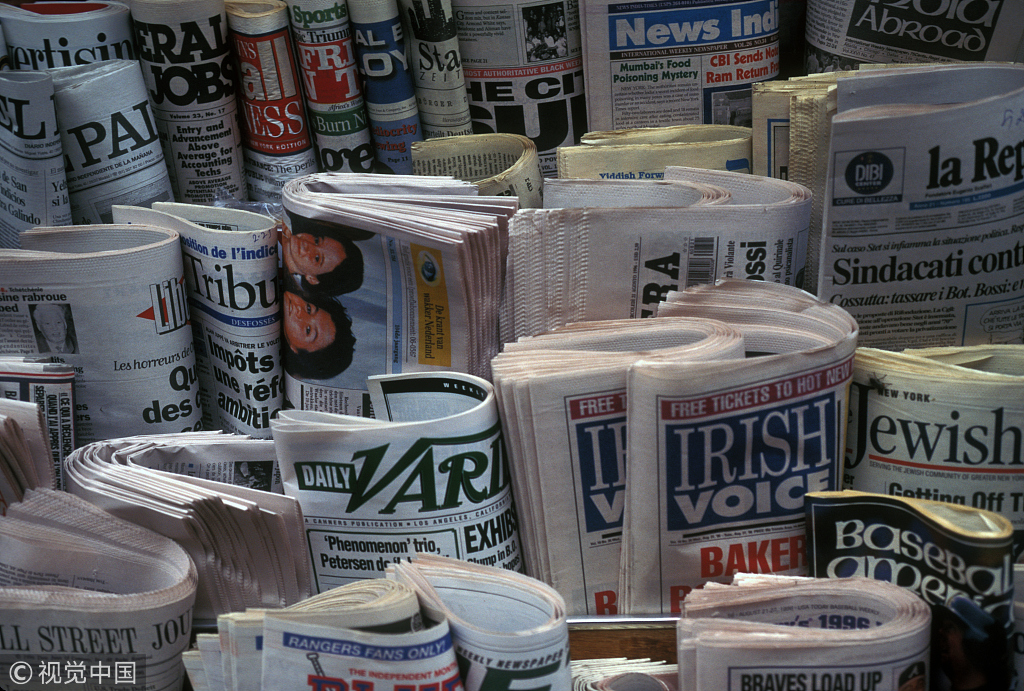 The share of Americans who see great deal of bias in media has jumped 20 percentage points in the last three decades, and most say they can not name one objective news outlet, according to a poll Wednesday.The Gallup poll showed that 45 percent of those polled said there is "great deal" of political bias in news coverage, up from 25 percent in 1989 to 37 percent in 2012.In addition, 68 percent of those polled said the media is not doing a good job in separating facts from opinions, up from 42 percent registered in 1984.The sentiment varied widely between voters of different political affiliations. Two thirds of those who identify themselves as Republicans and a quarter of Democrat voters see a great of bias in media. On the contrary, 53 percent of Democrats and just 13 percent of Republican voters applaud the media for objectivity.When asked to name an objective news source, only 44 percent produced a news source, while 51 percent said they couldn't.Jeffrey Jones, a Gallup researcher who participated in the survey, said the "troubling" result can help explain the decline in trust in media in recent decades."Americans still widely believe the media have a critical role to play in supporting U.S. democracy," Jones said.

The research was published on the same day when U.S. President Donald Trump have decided to announce a fake news award, continuing a long-lasting barrage of the U.S. main stream media.