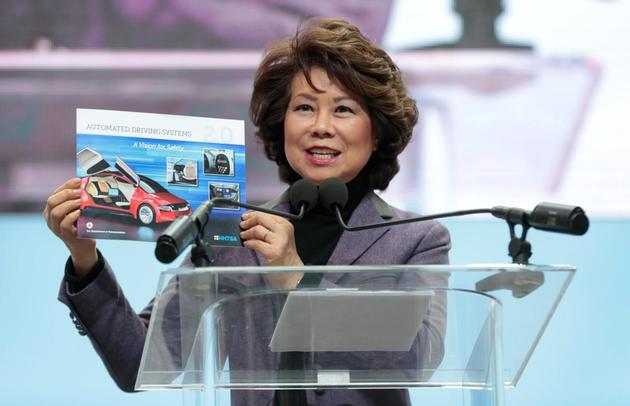 U.S. Secretary of Transportation Elaine Chao speaks during an event called "AutoMobili-D" ahead of North American International Auto Show(NAIAS) at Cobo Center in Detroit, the United States, on Jan. 14, 2018

Chao told a Detroit auto show forum that the revised voluntary guidelines would address not only self-driving automobiles but "barriers to the safe integration of autonomous technology for motor carriers, transit, trucks, infrastructure and other modes."

Chao said in a Reuters interview the department was preparing for autonomous technology coming rapidly to all transportation modes. "The technology is there, the question is how do we regulate it, how do we continue to promote innovation but also safeguard safety." Chao said. 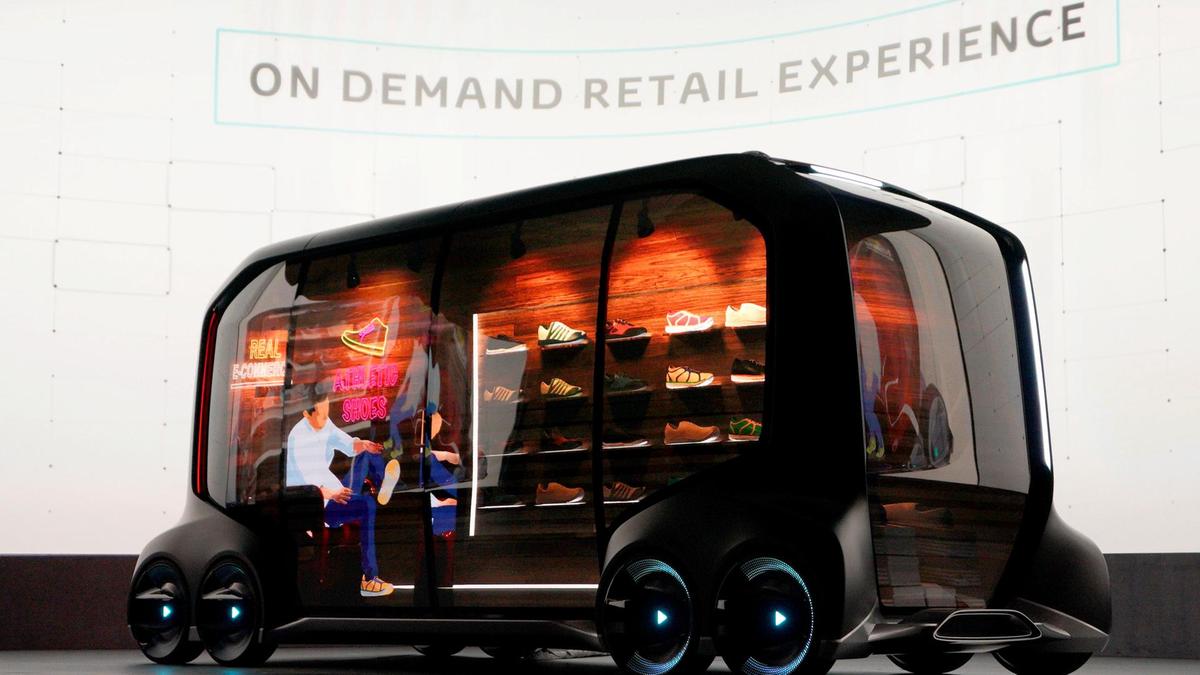 General Motors Co, Alphabet Inc, Toyota Motor Corp and many other companies are aggressively pursuing self-driving car technologies and want Congress and regulators to remove barriers to the vehicles.

Bills in Congress to speed the introduction of self-driving cars do not include commercial trucks. In September, Chao announced the first set of revisions to the guidelines that were unveiled by the Obama administration and now plans a revised version by summer.

Chao said her goal was to eliminate "unnecessary obstacles to the development and integration of new technology. Our approach will be tech-neutral and flexible — not top-down, or command and control." She added the government would "not be in the business of picking winners or losers, or favoring one form of technology over another."

In October, the U.S. National Highway Traffic Safety Administration, or NHTSA, said it was looking for input on how to remove regulatory roadblocks to self-driving cars.

NHTSA said in a report that it wanted to find any "unnecessary regulatory barriers" to self-driving cars "particularly those that are not equipped with controls for a human driver." 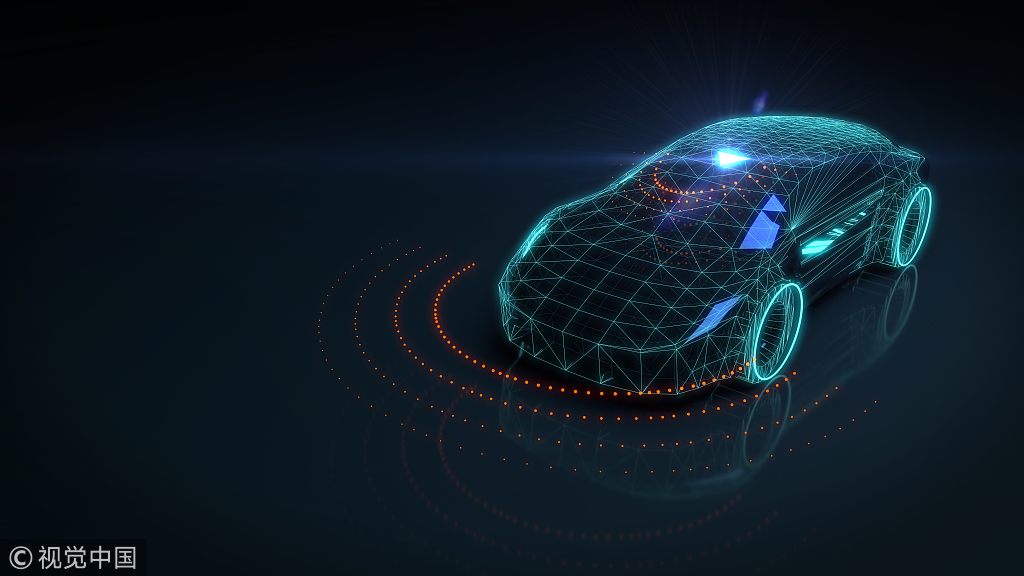 The agency also wants comments on what research it needs to conduct before deciding whether to eliminate or rewrite regulations. But it could take the agency years to complete the research and finalize rule changes.

Automakers must meet nearly 75 auto safety standards, many written with the assumption that a licensed driver will be in control of the vehicle. The agency said in 2016 that current regulations posed "significant" regulatory hurdles to vehicles without human controls.

Earlier this month, the Transportation Department published notices requesting comments to identify barriers to innovation including one from NHTSA, two from the Federal Transit Administration to address autonomous bus technology and barriers and one from the Federal Highway Administration to address autonomous infrastructure technology. Chao said more were planned.

Last week, GM filed a petition with NHTSA requesting an exemption to have a small number of autonomous vehicles operate in a ride-share program without steering wheels or human drivers.

Chao said the "department will review this petition, and give it responsible and careful consideration."

Chao, who was meeting with automakers privately in Detroit at the show, has made self-driving cars a top priority. She held meetings on the subject in Silicon Valley last year, including with Google co-founder Sergey Brin.

On Sunday, she urged automakers and tech companies to do more to reassure skeptical Americans about the technology. "They need to be brought along," she said of the public. "Consumer acceptance will be a constraint to growth in this industry."