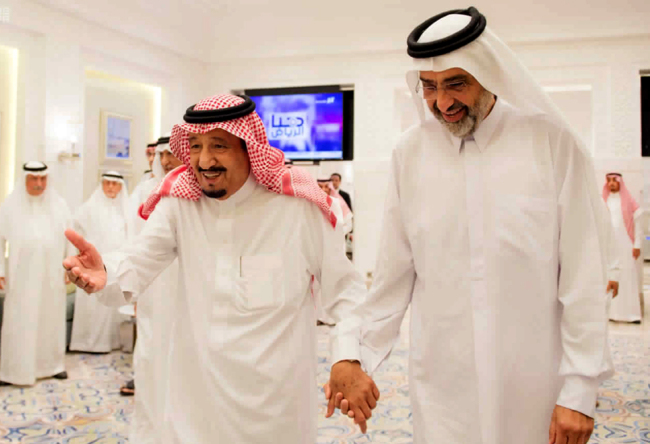 The United Arab Emirates accused rival Qatar of "intercepting" a passenger plane en route to Bahrain on Monday, as Doha denied the accusation in a row over alleged airspace violations.

"The General Civil Aviation Authority received a message from a national carrier on Monday morning that an aircraft on a routine flight to Manama was intercepted by Qatari fighter jets in a flagrant and serious threat to the safety of civil aviation and a clear violation of international law," it said in a statement carried by the UAE state news agency.

"This is a routine flight that has all the required paperwork," it said.

A spokeswoman for Qatar's foreign ministry denied the accusations.

"The state of Qatar announces that the claims of Qatari fighter planes intercepting a UAE civil aircraft (are) completely false," Lulwa al-Khater said on Twitter.

Spokespersons for the airlines could not immediately confirm or deny the news.

Qatar is located in the Gulf, between Bahrain and the United Arab Emirates and across from Iran.

Tensions have escalated in the Gulf since Saudi Arabia, the United Arab Emirates, Bahrain and Egypt cut all ties with Qatar in June, accusing Doha of supporting Islamist extremists and being too close to Saudi Arabia's arch-rival, Iran.

They have banned all flights to and from Doha and cut off most trade links.