HEADLINE UCLA players return to US after China shoplifting incident

UCLA players return to US after China shoplifting incident 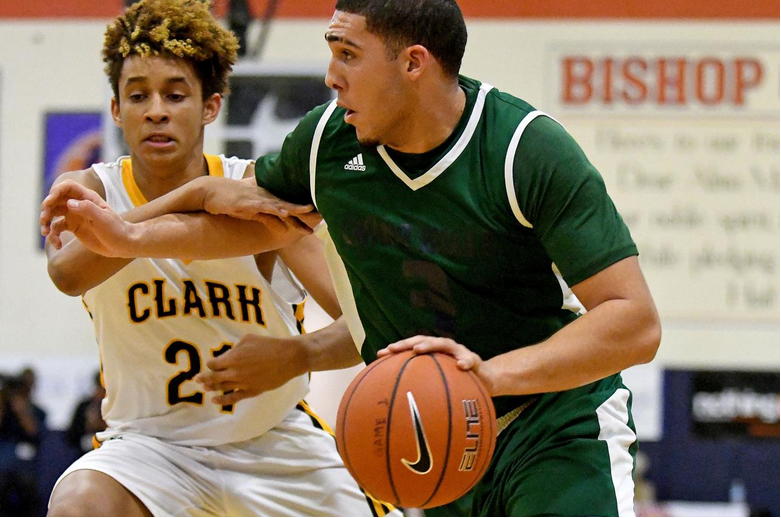 Three UCLA basketball players detained in China on suspicion of shoplifting were headed back to the United States on Tuesday.

Staff for Delta Air Lines Inc confirmed that the players had boarded a Delta flight from Shanghai to Los Angeles.

A person with knowledge of the Pac-12′s decision said any discipline involving the trio would be up to UCLA. The person spoke to The Associated Press on condition of anonymity because the conference doesn’t plan any sanctions.

“I want to be clear that we take seriously any violations of the law,” he said in a statement. “In this particular case, both Athletics and the Office of Student Conduct will review this incident and guide any action with respect to the involved students. Such proceedings are confidential, which limits the specific information that can be shared.”

There was no immediate word on the trio’s status for the team’s home opener Wednesday night against Central Arkansas.

The school said the three players, along with coach Steve Alford and athletic director Dan Guerrero, will make their first public comments about the matter at a campus news conference Wednesday, but won’t take questions.

“What they did was unfortunate,” Trump told reporters earlier in Manila. He said the trio, who have been held since last week, could have faced long prison sentences.

Asked about the trio, China Foreign Ministry spokesman Geng Shuang told a daily news briefing in Beijing: “Until now, I have not received any update, so I am unable to provide any further information.”

Sierra Canyon Cody Riley (2) on the court against Montverde in the first half of the Spalding Hoophall Classic at Blake Arena.    Photo: David Butler II-USA TODAY Sports/File Photo

The three basketball players from the University of California, Los Angeles (UCLA) were detained by police on Nov. 7 in the eastern Chinese city of Hangzhou over allegations of shoplifting. They were not on the team’s return flight to the United States on Saturday.

The UCLA team had been in China for a game against Georgia Tech in Shanghai on Saturday, which UCLA won 63-60. The teams had traveled to Hangzhou earlier in the week to visit the headquarters of the game’s sponsor, Chinese tech giant Alibaba Group Holding Ltd.

The three students - freshmen LiAngelo Ball, Cody Riley and Jalen Hill - were taken in for questioning by police about alleged shoplifting from a Louis Vuitton store during the Hangzhou visit.

They were released from police custody early on Wednesday and had been confined to a luxury hotel in Hangzhou pending legal proceedings, sources familiar with the matter told Reuters.