Russian Foreign Minister Sergei Lavrov said Thursday London cannot ignore Moscow's "legitimate questions" over the poisoning of an ex-spy, as he called for a "substantial and responsible" probe into the case. 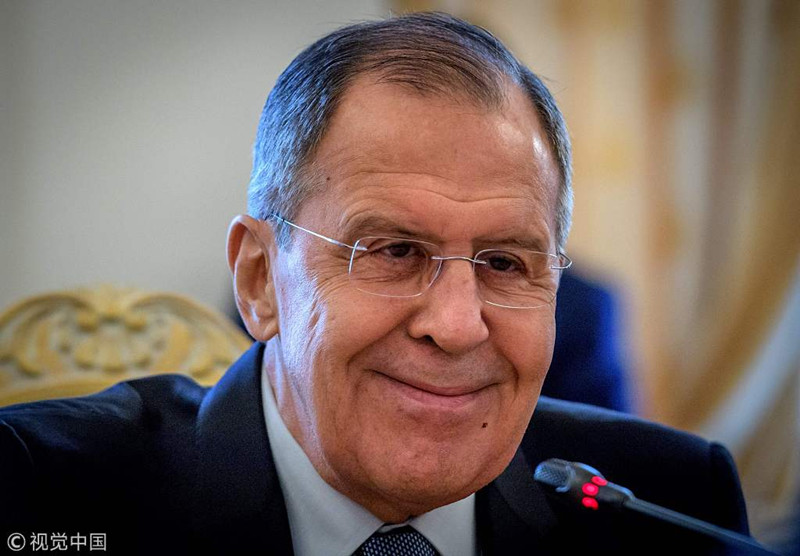 "It will not be possible to ignore the legitimate questions we are asking," he said hours before a meeting of the UN Security Council, which is due to discuss the spiralling diplomatic crisis between Russia and the West.

Moscow is insisting on a "substantial and responsible investigation" in accordance with the Chemical Weapons Convention, Lavrov added.

London has said it is highly likely that Russia is to blame for the poisoning of former double agent Skripal and his daughter Yulia in the English city of Salisbury on March 4. Moscow has denied any involvement.

The row has resulted in a massive wave of diplomatic expulsions by Britain and its allies and then by Russia in a tit-for-tat move.

Russia called a meeting of the global chemical watchdog on Wednesday over the Salisbury incident, but failed in its bid to join the probe by the Organization for the Prohibition of Chemical Weapons (OPCW).

Moscow then requested a UN Security Council meeting on Thursday at 1900 GMT in New York.

Britain is carrying out its own probe, with independent technical assistance from OPCW experts.

Lavrov said Russian President Vladimir Putin had stressed the country was ready for "joint work" and was calling for the situation to be examined in a "fair way, with the presentation of evidence".

Lavrov reiterated that Russia views Britain's refusal to allow it access to the investigation as "a mockery of international law, diplomatic etiquette and elementary decency".

He said that the Skripal case was "a pretext, either made up or staged, for the groundless expulsions of diplomats", suggesting Russia is claiming the poisoning did not happen in the way it has been reported by London.

He linked the poisoning to other allegations against Russia - from meddling in the US elections to chemical weapons attacks by the Syrian regime it supports militarily -- complaining that Moscow faces "baseless accusations."