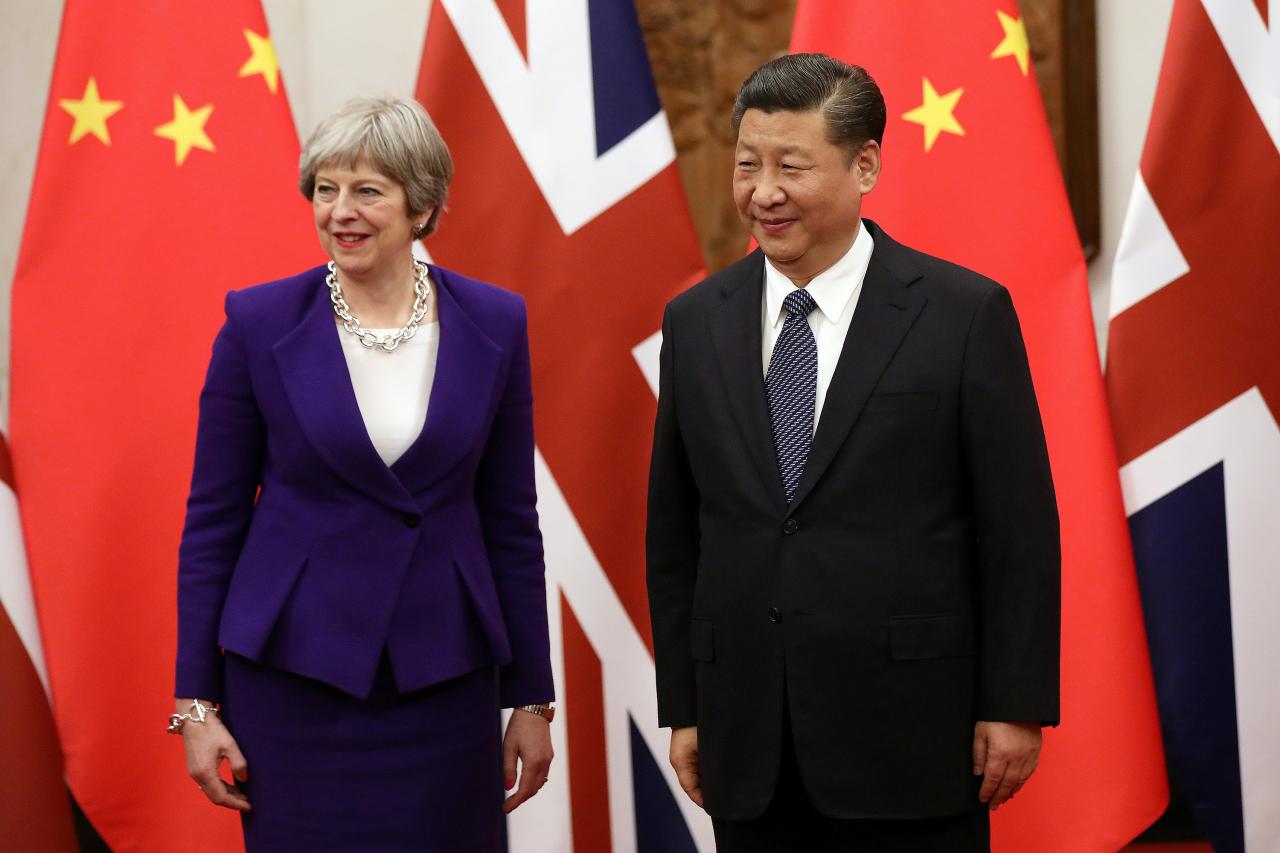 “The PM said that, once Britain leaves the EU, we will be free to strike our own trade deals,” May’s office said.

May “pointed to the joint trade and investment review which will now take place as the first step towards delivering ambitious future trade arrangements,” it said.

Xi and May agreed to hold more talks on China’s Belt and Road infrastructure initiative and the two leaders spoke about the importance to it of international standards and transparency, May’s office said.

Xi said China’s markets would be further opened to the UK, including in sectors such as beef, dairy and other agricultural goods.

May said business deals worth at least 9 billion pounds ($12 billion) were expected to be signed during her three-day trip.