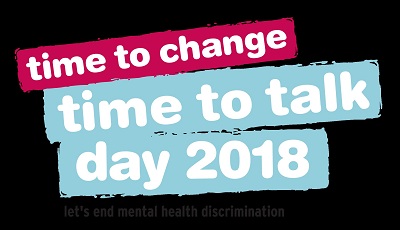 London (People's Daily) - Thursday marked “Time to Talk Day 2018” in the UK, a day to encourage people to open up and talk about their stress and mental health problems.

A survey by the campaign shows that 66 percent of respondents said they had no one to speak to about mental health, relationships or money.

The main reason is that people think it’s hard to find the right time or place to talk. According to the CEO of the campaign, Sue Baker, people still think mental health is something that should be whispered about in quiet corners.

The campaign hopes to remind people about the power of conversation, taking Time to Talk Day as a good starting point to be more open about mental health.

Besides depression, loneliness is another serious mental problem for British people. Research showed that almost 200,000 older people had not had a conversation with a friend or relative in more than a month, and more than 9 million people describe themselves as “always or often lonely.”

Last month, Prime Minister Theresa May announced the creation of a “loneliness minister” to cope with this issue.

Mental health is not a problem that the UK faces alone. WHO Europe found out that about 27 percent adults between 18-65 in Iceland, Norway and Switzerland had experienced at least one mental disorder.

Depression is a main contributor to mental health problems in Europe, where one in seven people suffer from a severe mood disorder during their lives.

Appeals are being made by mental health campaigns and organizations in Europe to convey that it is not a shame to talk about mental problems, and depression is treatable.

WHO encourages people who think they may be suffering from depression to seek advice, and reminds doctors to remain vigilant for symptoms.

Even when not facing depression, talking to people you care about and who care about you is a good idea to keep love fresh.

The campaign “Time to Change” started its first "Time to Talk Day”event on the first Thursday of February in 2014.