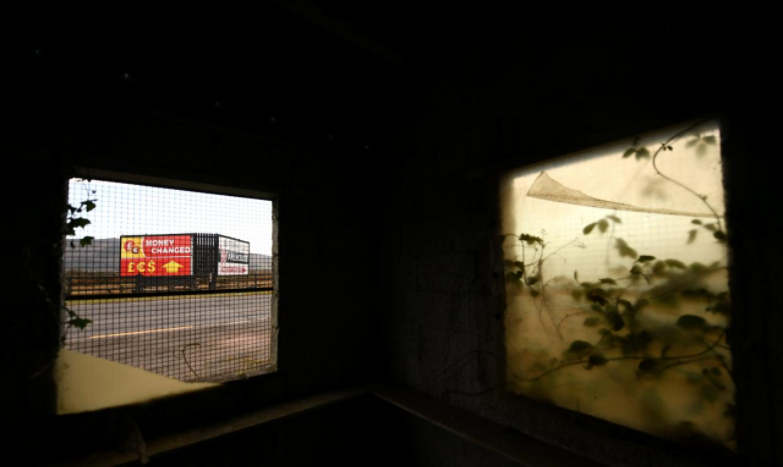 Billboards are viewed from inside a disused customs hut on the border in Carrickcarnon, Northern Ireland, December 7, 2017 (Photo: Reuters)

Britain’s opposition Labour Party demanded on Sunday that the government makes a legally binding promise to avoid a hard border in Northern Ireland once Britain leaves the European Union, saying ministers’ pledges could not be trusted.

Northern Ireland, which will become Britain’s only land frontier with the European Union after Brexit in March 2019, remains the most difficult issue in talks between Brussels and London, and a threat to peace in the British province.

Both Britain and the EU are committed to keeping a free flow of people and goods over the Irish border without returning to checkpoints — symbols of the three decades of violence in the region largely ended by the Good Friday Agreement of 1998.

However, finding a practical solution for any customs checks needed after Brexit has proved elusive.

“The point has now come where it is so serious that we have to enshrine this in law,” Labour shadow Brexit minister Keir Starmer told the Observer newspaper.

Ahead of a speech on Monday in which he will accuse ministers of backsliding, he said the Labour Party would put forward a proposed change to Brexit legislation currently going through parliament to make sure the government keeps to its promises on Northern Ireland.

Labour has its own internal divisions on Brexit. These were exposed on Friday when Labour leader Jeremy Corbyn sacked his shadow Northern Ireland minister after he called for a second referendum on Brexit.

The government’s preferred solution for Northern Ireland is for a customs agreement that allows for as much frictionless trade with the EU as possible, mitigating the need for border checks. Labour wants a formal customs union with the EU.

On Sunday, Brexit minister David Davis repeated the government’s vow to find a way to avoid a hard border in the British province after leaving the EU, saying there would be no checkpoints and no cameras.

“What we’re going to do is ensure that the border that exists now, which after all is a border for excise and tax, even currency, will continue to exist but back away,” he told the BBC.

“It won’t be visible; there won’t be any return to the borders of the past.”