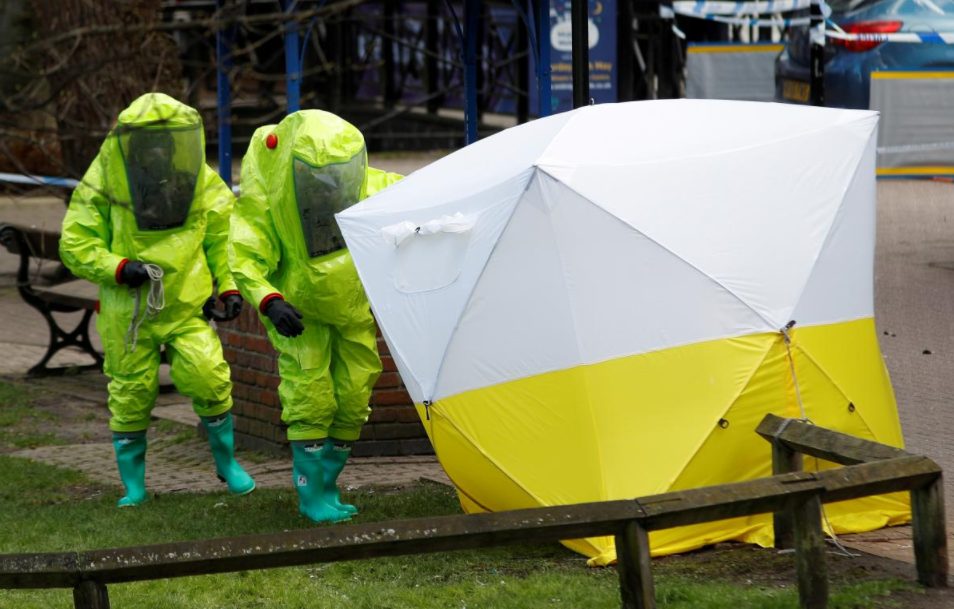 The forensic tent, covering the bench where Sergei Skripal and his daughter Yulia were found, is repositioned by officials in protective suits in the center of Salisbury, Britain.(Photo: Reuters)

Former double agent Sergei Skripal, 66, and his daughter Yulia, 33, have been in hospital in a critical condition since Sunday, when they were found unconscious on a bench in the southern English cathedral city of Salisbury.

“The two victims remain in hospital and they’re critical but stable,” Rudd told reporters after chairing a meeting of the government’s Cobra security committee.

Skripal betrayed dozens of Russian agents to British intelligence before his arrest in Moscow in 2004. He was sentenced to 13 years in prison in 2006, and in 2010 was given refuge in Britain after being exchanged for Russian spies.

Many in British media and politics have speculated that Russia could have played a part in the attack on Skripal, but Rudd reiterated that it was too early to say who was responsible, and police should be given the time and space to determine the facts.

The Kremlin has denied any involvement in the incident and accused the British media of whipping up anti-Russian hysteria.

In Salisbury, normally a quiet city, military vehicles and troops in protective suits and gas masks were seen working at several of the sites associated with the Skripal investigation.

At an ambulance station a short distance from the city centre, troops in light grey overalls, purple gloves and gas masks covered ambulances with black tarpaulins as they prepared to remove them.

At the hospital where the Skripals were being treated another team used an army truck to remove a police car.

The BBC reported late on Saturday that traces of the nerve agent had been found at Zizzi, an Italian restaurant where the Skripals had a meal before they were found unconscious. A police spokesman declined to comment on the report. 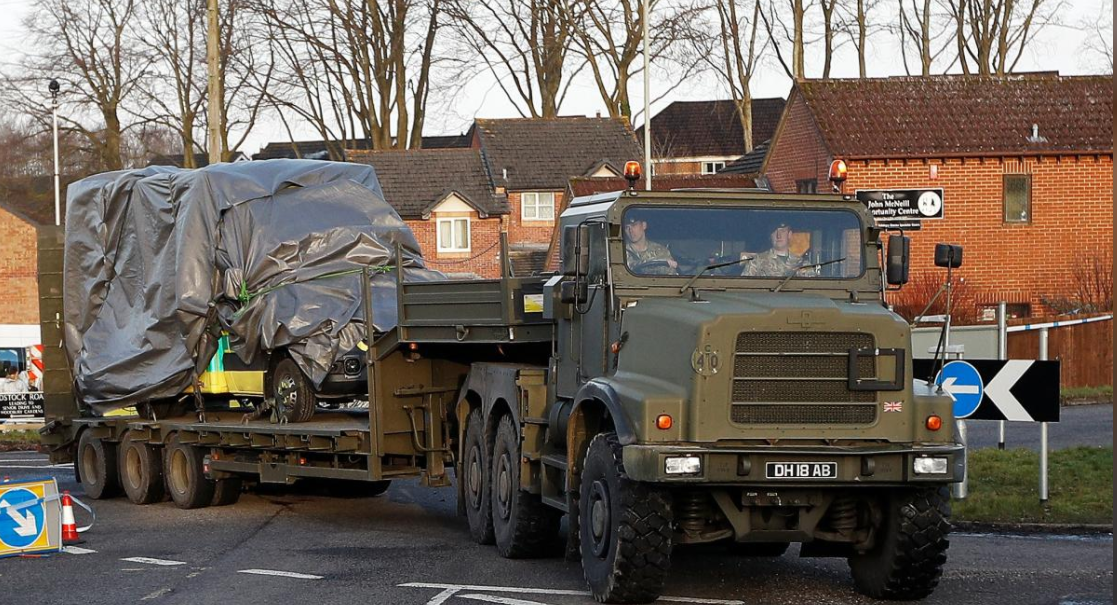 Soldiers drive a truck carrying an ambulance wrapped in a tarpaulin away from an ambulance station in Salisbury, Britain, March 10, 2018. (Photo:Reuters）

The restaurant, which has been closed to the public since Sunday, was one of the sites being investigated by forensic teams. The BBC, without citing a source, reported that the authorities did not think anyone else who had been there was at risk from the nerve agent.

Rudd said that Nick Bailey, a police officer who became unwell after taking part in the early response to the attack, remained seriously ill but was talking and engaging with his family.

Wiltshire Police, the local force, issued a statement on Bailey’s behalf in which he thanked the public for messages of support he had received.

“He does not consider himself a ‘hero’, he states he was merely doing his job,” the statement said.

Rudd said more than 250 counter terrorism police, from eight out of Britain’s 11 specialist units, were involved in the investigation, which was proceeding with “speed and professionalism”.

The military have been providing support since Friday and Rudd said the police would continue to be given all the resources they needed to conduct the investigation.

There was also a flurry of activity at the cemetery in Salisbury where Skripal’s wife and son are buried, with forensic teams active in several parts of the site.

Skripal’s son, Alexander, died in July last year at the age of 43. British media reported that he died while in St Petersburg, Russia. Skripal’s wife, Liudmila, died of cancer at 60, in 2012.

British police have previously said they knew which exact nerve agent was used against Skripal and his daughter, but they have not made that information public.

The attack has been likened to the assassination of former KGB agent Alexander Litvinenko, a critic of Russian President Vladimir Putin, who died in London in 2006 after drinking green tea laced with radioactive polonium-210.

A British public inquiry found that Putin had probably ordered Litvinenko’s murder. Britain has named two Russian suspects but Russia has refused to extradite them.