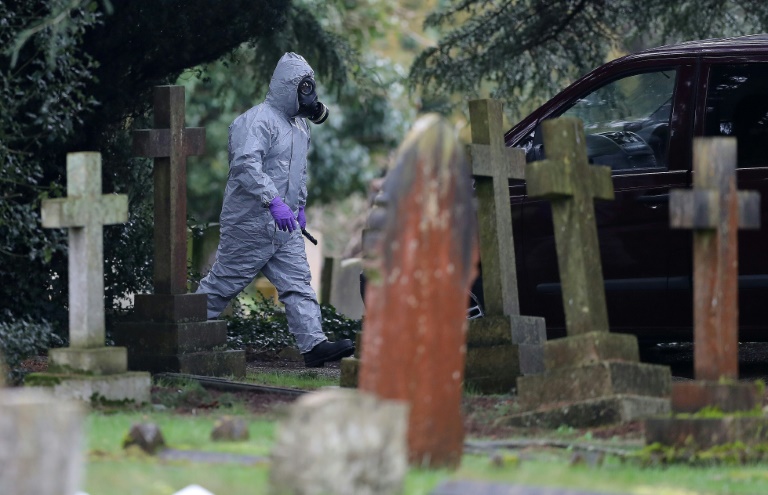 Some 180 troops including chemical warfare experts are in Salisbury to investigate the attempted murder of Russian ex-spy Sergei Skripal and his daughter （Photo: AFP)

British police hunting the perpetrators behind a nerve agent attack on a Russian former spy are examining more than 200 pieces of evidence, London said after a meeting of the UK's national emergencies committee.

Counter-terror police had identified more than 240 witnesses, the Home Office interior ministry said after a meeting of the committee known as COBRA, chaired by Home Secretary Amber Rudd.

The March 4 attack on Russian double agent Sergei Skripal and his daughter Yulia in Salisbury, southwest England, is being treated as attempted murder.

They remain in a critical but stable condition in hospital, Rudd said, adding that the "serious, substantial investigation" was painstaking but progressing quickly.

More than 250 counter-terrorism police are involved in the probe, she said.

"They are proceeding with speed and professionalism. We are putting in enormous resources to ensure that they have all the support that they need to do so."

Authorities are racing to determine the source of the nerve agent used against Skripal, who came to Britain in 2010 as part of a spy swap.

Around 180 troops, including chemical warfare experts, have been deployed in Salisbury after investigators requested specialist assistance.

Prime Minister Theresa May has said Britain will react with the appropriate response if a state was found to be behind the murder attempt.

Foreign Secretary Boris Johnson has been pointing the finger at Moscow.

Rudd said: "There will come a time for a response but for the moment we're focused on the investigation", making sure that "we collect all the evidence so that when it comes to attribution we will be absolutely clear where it should be".

Security Minister Ben Wallace told BBC radio on Saturday that the government stood ready to respond "with the full force of the UK's resources".

"Someone has come onto our soil... has recklessly, brazenly, committed what looks like a very nasty crime, with a nerve agent prohibited by most international laws," he said. 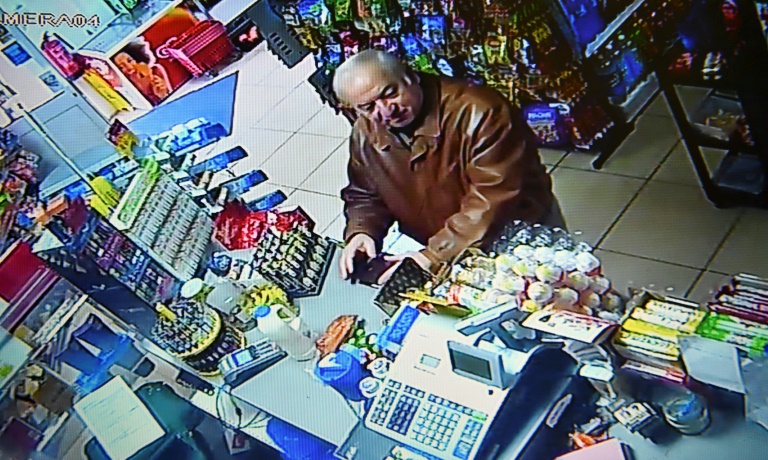 May was "expected to announce sanctions" against Russia "as soon as Monday", according to the Daily Telegraph newspaper.

The Times newspaper said British officials were talking to their US and European counterparts about a co-ordinated retaliation, which could include "diplomatic, economic and military measures" if Moscow was behind the attack.

Skripal was a former colonel in Russia's military intelligence who was jailed in his country for betraying agents to Britain's MI6 secret service.

He was pardoned in 2010 before being flown to Britain.

In Salisbury, police widened their searches to places frequented by Skripal, 66, and his 33-year-old daughter.

The former double agent and his daughter were found slumped on a bench in the city.

Nick Bailey, one of the first police officers on the scene, is also seriously ill but awake and talking.

In a message via the local Wiltshire Police force, the stricken detective sergeant thanked the public for their messages of support.

"He does not consider himself a hero," the statement said.

"He states he was merely doing his job -- a job he loves and is immensely proud of -- just like all of his other dedicated colleagues do, day in-day out, in order to protect the public and keep people safe."

Police said 21 people had been seen for medical treatment since the incident, including members of the public and emergency staff.

The road leading to Skripal's home was cordoned off Saturday, with police standing guard.

Meanwhile officials wearing biohazard protective suits were seen working alongside police officers at the London Road Cemetery, where Skripal's wife and son were laid to rest.

Officers were seen placing a blue forensic tent over his son's memorial stone before appearing to place items in several yellow barrels.

They were also seen loading an ambulance covered in tarpaulin onto a military low-loader vehicle.

Government minister John Glen, the member of parliament for Salisbury, said a "whole range of tools are at our disposal" once it is established who was behind the incident.

"The government will not be acting precipitously in response to what has happened. Now is the time for cool heads and a rational examination of the facts," he said.