HEADLINE UK's May orders probe into harassment claims against deputy

UK's May orders probe into harassment claims against deputy 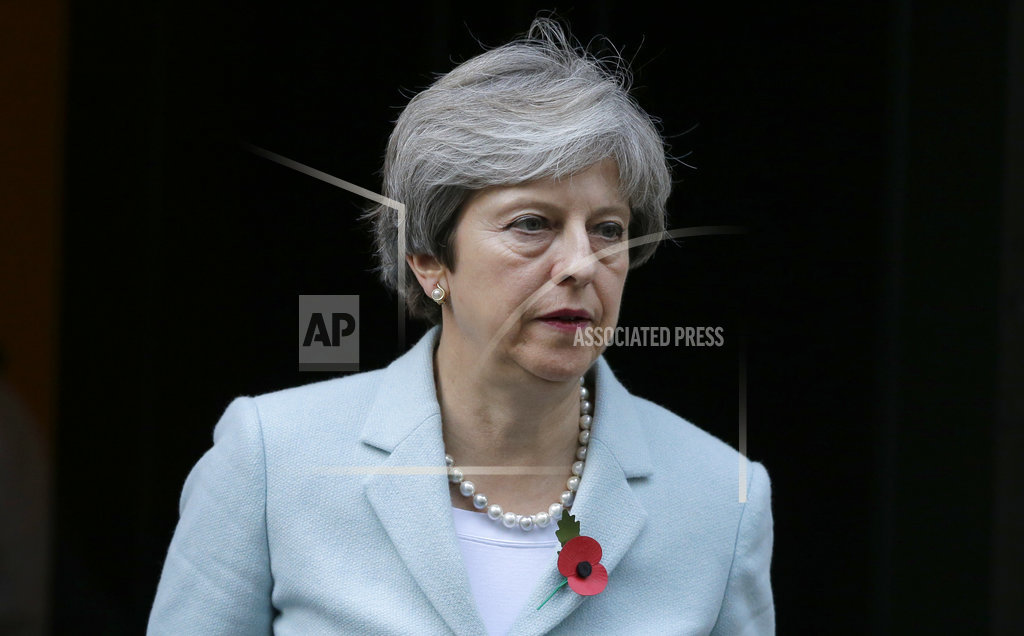 British Prime Minister Theresa May on Wednesday ordered an investigation into claims one of her senior deputies made inappropriate advances to a Conservative activist, as allegations spread of sexual harassment and abuse in British politics.

Writer and academic Kate Maltby says Cabinet minister Damian Green "fleetingly" touched her knee in 2015 and later sent her a "suggestive" text message after she was pictured wearing a corset in a newspaper.

Maltby wrote in the Times of London newspaper that Green "offered me career advice and in the same breath made it clear he was sexually interested."

"It was not acceptable to me at the time and it should not be acceptable behavior in Westminster in the future," Maltby wrote.

"This untrue allegation has come as a complete shock and is deeply hurtful, especially from someone I considered a personal friend," he said.

May's office said the prime minister had asked the head of the civil service to "establish the facts and report back as soon as possible."

Meanwhile, an opposition Labour Party activist says the party discouraged her from reporting her rape at a Labour conference in 2011, when she was 19. Bex Bailey said a party official told her "that if I did, it might damage me."

The party said it was investigating.

The scandal surrounding Hollywood mogul Harvey Weinstein has emboldened people in many industries to speak up about sexual harassment at the hands of powerful individuals who control their future job prospects.

The allegations against British politicians have triggered soul-searching in the corridors of power about how to stop abusive behavior in politics, a world fueled by a sometimes toxic mix of power, ambition and secrecy.

Labour lawmaker Lisa Nandy said Wednesday that she had raised concerns three years ago that party whips kept claims of sexual abuse as ammunition to control lawmakers, rather than dealing with the allegations.

May said the whips should make it clear that allegations of crimes should be reported to police.

She said she has asked other party leaders to meet her next week to discuss setting up an independent grievance procedure for people working in Parliament.

"We have a duty to ensure that everyone coming here to contribute to public life is treated with respect," she told lawmakers during her weekly session in the House of Commons.