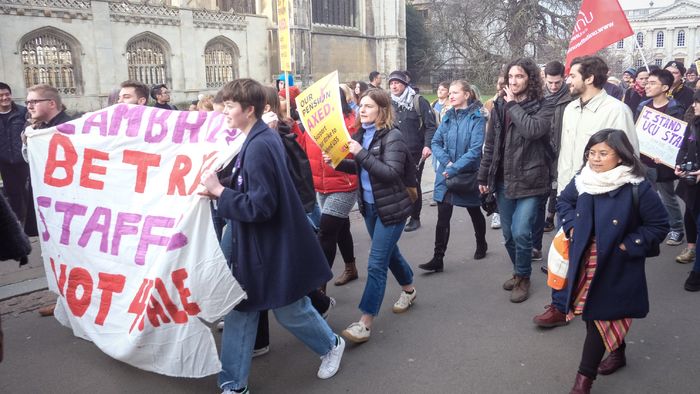 London (People's Daily) - Thousands of memembers with the University and College Union (UCU) began a 14-day strike on Thursday to protest the changes to the Universities Superannuation Scheme.

According to union officials, the changes will leave a lecturer almost $14,000 a year less in retirement. Younger academics could stand to lose roughly half of their total retirement income.

As tens of thousands of academics nationwide walked from their posts, university leaders are asking for a peaceful meeting and a new solution to the pension problem.

An open letter from 15 university vice-chancellors sent to members of the pension scheme has invited them to come up with new ideas on how to resolve the situation.

Meanwhile, students have been affected by the strike, especially International students. Over 200,000 students who were expecting to graduate this year may have to postpone their formal academic exit.

For UK students, the cost of the strike would be more than $1,400 as a third of the lectures have been canceled. Foreign exchange students will be hit even harder as their tuition is three times higher.

An online petition demanding a refund has been circulating among UK college students.

UCU General Secretary Sally Hunt said, “Strike action on this scale has not been seen before on UK campuses, but universities need to know the full scale of the disruption they will be hit with if they refuse to sort this mess out.”