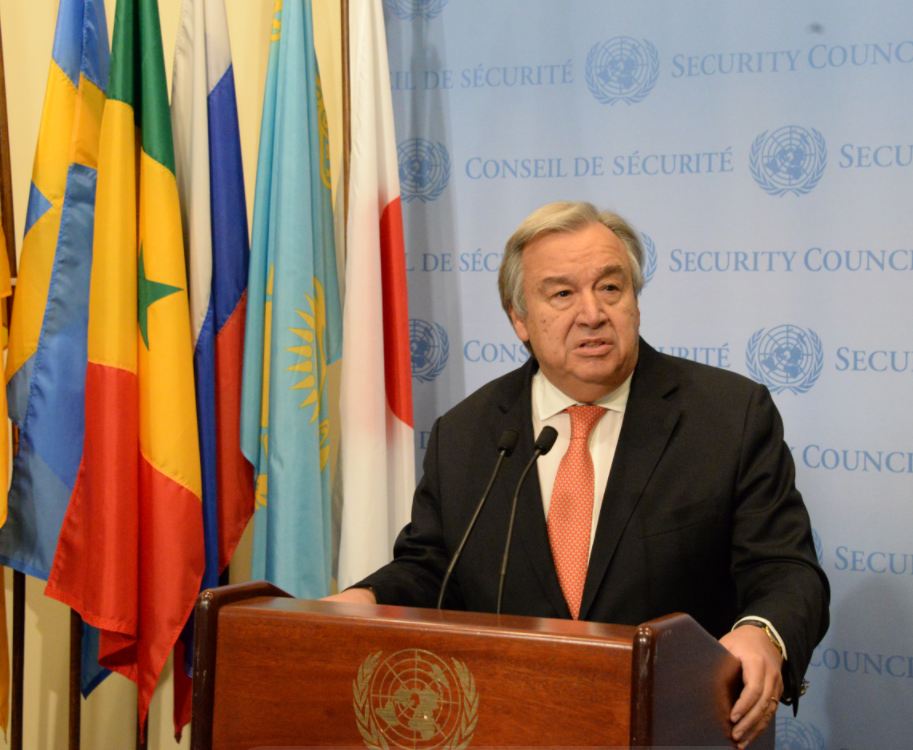 New York (People's Daily) – Following US President Trump’s decision to recognize Jerusalem as the capital of Israel, UN Secretary-General Antonio Guterres issued a press release where he said, “Jerusalem is an issue that must be resolved through direct negotiations between parties.”

“In this moment of great anxiety, I want to make it clear: there is no alternative to the two-state solution. There is no Plan B,” Guterres said while reading from an official press release at UN Headquarters in New York.

Since becoming UN Secretary-General, Guterres has always remained in opposition to unilateral action that cold jeopardize the peace process for both sides

In realizing the dream of, “living side-by-side in peace, security, and mutual recognition, with Jerusalem as the capital of Israel and Palestine, and all final status issues resolved permanently through negotiations,” that both sides will attain their goals.

“I understand the deep attachment that Jerusalem holds in the hearts of so many people. It has been so for centuries and it will always be,” he added.

“For my part as the UN Secretary-General, I will do everything in my power to support the Israeli and Palestinian leaders to return to meaningful negotiations and to realize this vision of a lasting peace for both people,” he concluded.