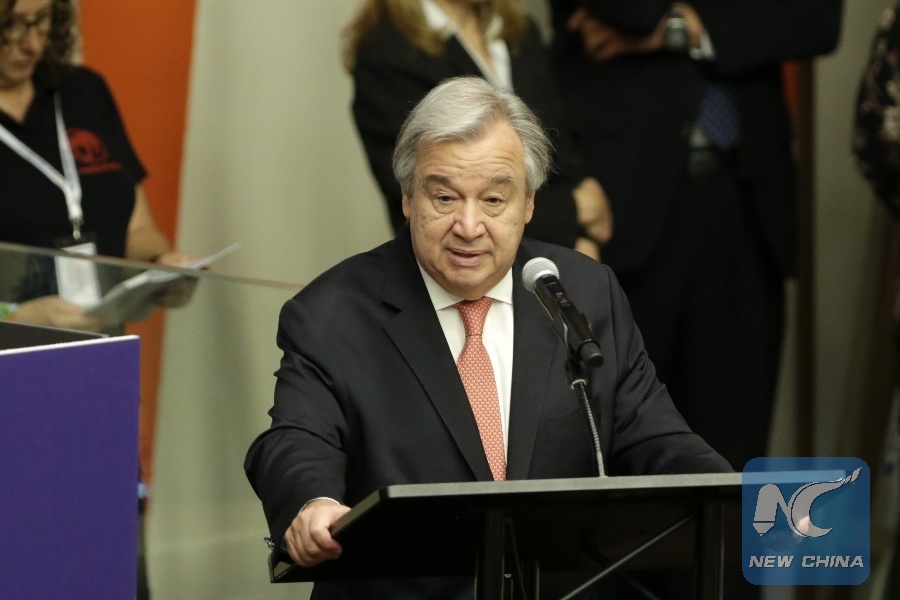 UN Secretary-General Antonio Guterres warned on Tuesday that the world has gone in reverse as peace remains elusive.

"I took office last year calling for us to make 2017 a year for peace. One year later, we must recognize that peace remains elusive," Guterres told an informal meeting at which he presented his priorities for 2018. "In fundamental ways, the world has gone in reverse."

Conflicts have deepened and new dangers have emerged; global anxieties about nuclear weapons are the highest since the Cold War; climate change is moving faster; inequalities are growing, he said. "We see horrific violations of human rights. Nationalism, racism and xenophobia are on the rise."

He listed 12 priorities for 2018, including globalization that benefits all, fight against climate change and terrorism, migration, and de-nuclearization. He highlighted one cross-cutting imperative: the empowerment of women.

The UN chief appealed for promotion of a true "new deal" for globalization that is fair for all.

"Poverty and inequality are not unavoidable, nor is the unequal distribution of the benefits of globalization," he said. "It's not by chance if eight individuals possess as much wealth as half the poorest population in the world."

The secretary-general called for enhanced ambition on climate action. He warned that commitments to the Paris Agreement on climate change are not enough to achieve the goal of limiting global temperature rise in this century below 2 degrees Celsius above pre-industrial levels, or even further to 1.5 degrees Celsius.

In 2016, carbon dioxide emissions rebounded for the first time in three years, and the past five years were the hottest on record, he noted.

The adoption of a global compact on migration is one of the priorities of the United Nations in 2018, he said.

Guterres emphasized the role of women in addressing today's global challenges and therefore the importance of empowerment of women and girls.

"Women's meaningful participation in peace and security has been proven to make peace more sustainable. Women's equal participation in the labor force and equal pay would unlock trillions of dollars for our economies," he said.

To achieve such gains, however, greater action is needed, particularly the empowerment of women and girls. "Power is the heart of the matter."