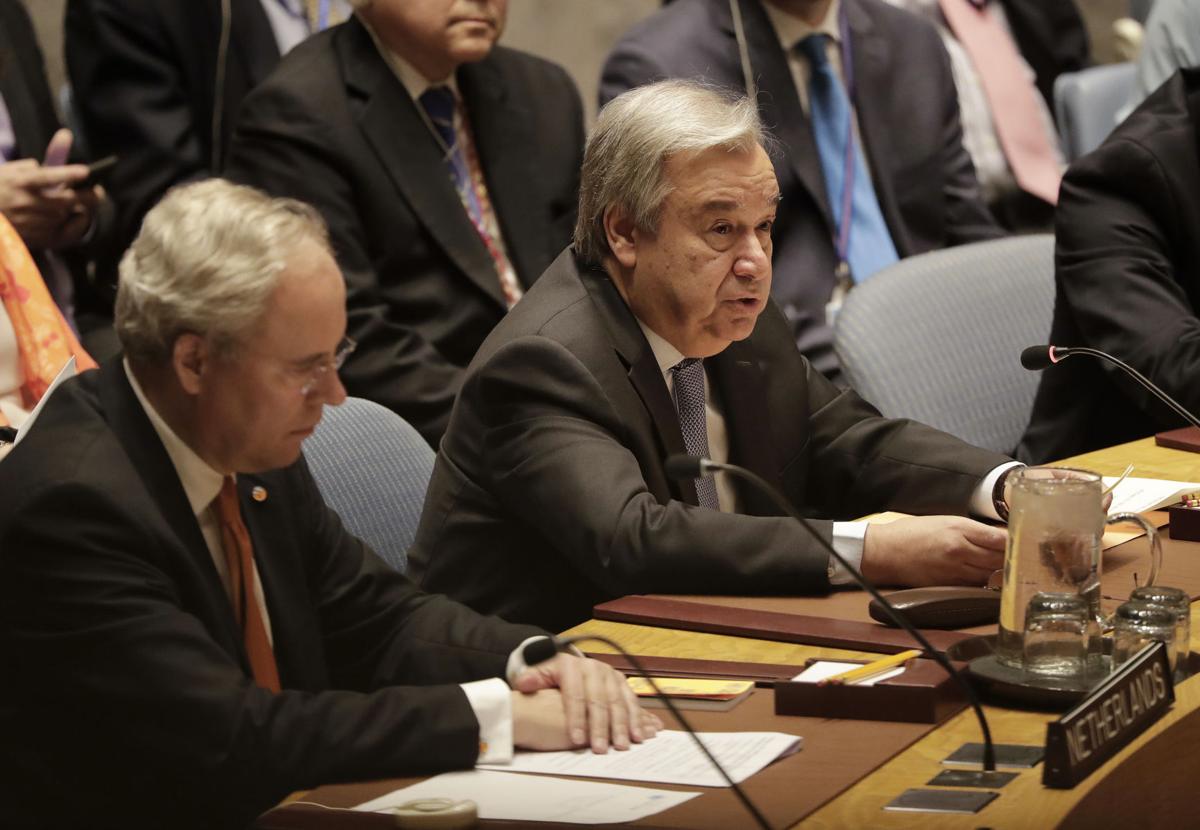 New York (Peopel's Daily) - All member states of the UN Security Council should show restraint in dangerous circumstances and avoid any acts that could escalate the situation and worsen the suffering of the Syrian people, UN Secretary-General Antonio Guterres said in a statement on Friday, after the US, France, and the UK attacked the Syrian government.

Guterres said he was deeply concerned about the reports of air strikes in Syria conducted by the three countries.

He called on related parties to act consistently with the Charter of the UN and with international law in general, and highlighted the responsibility of the Security Council to maintain international peace and security.

At the end of the statement, he expressed the urgency for a dedicated mechanism for effective accountability for the use of chemical weapons in Syria and urged the Security Council to assume its responsibilities and fill this gap.