UN Climate Change Conference 2017 to be held in Bonn, Germany

Beijing- The 2017 UN Climate Change Conference (COP23) will be held from November 6 to 17 in Bonn, Germany for two weeks.

According to the United Nations Framework Convention on Climate Change (UNFCCC), the conference, officially referred as COP 23/ CMP 13/ CMA 1-2, will be hosted by the secretariat of the UNFCCC, and presided over by Fiji. The UNFCCC and the Government of Fiji are closely working with the Government of Germany, the State of North Rhine-Westphalia and the City of Bonn to ensure a dynamic and successful Conference. 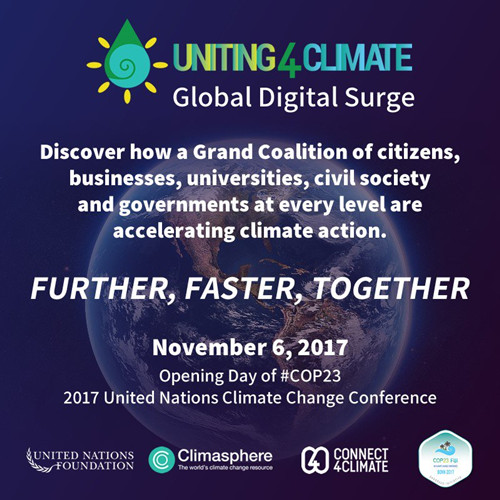 The conference is looking at the different aspects of sustainability – including transport, waste management, catering, energy and offsetting. 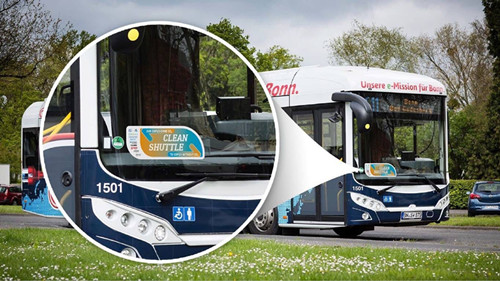 In Bonn, electric buses will be clearly identified with a special label. (Photo: UN Climate Change)

Earlier, AP said: "Diplomats from around the world are converging in Germany to thrash out how to implement the Paris climate agreement, despite uncertainty over the role the United States will play in those efforts. U.S. President Donald Trump has threatened to pull out of the accord fighting global warming. Negotiators will try to agree on ways to measure each country's greenhouse gas emissions and make sure everyone is playing by the same rules. Experts say a key issue will be the transparency of nations' emissions reports. Environmentalists, meanwhile, are planning to protest host Germany's continued use of coal-fired power plants."

AFP commented on Twitter: "'We are still in' will be present at COP23 on Monday in Bonn. With or without Trump, the movement will respect its objectives." "We are still in" is an US association composed of over 1700 companies, 230 mayors, 320 universities and 9 governors which claims that "we are the players in the real American economy and we pledge to do our part to fulfill the promise of the Paris Agreement." 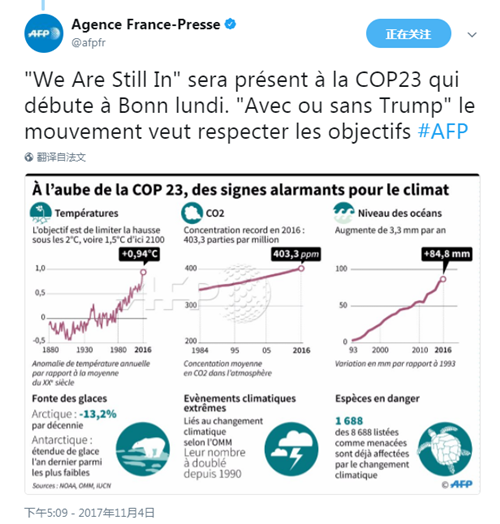 The COP23 follows an innovative concept of “one conference, two zones”. Two zones indicate the vast Bonn area organized in two zones: the “Bula Zone” and the “Bonn Zone”. As COP23 explains, the Bula Zone will include plenary halls, meeting rooms for negotiations, delegation offices and media facilities and is comprised of the World Conference Center Bonn (WCCB), UN Campus facilities and temporary structures built in the immediate surroundings. The Bonn Zone will be located in the adjacent Rheinaue Park and will accommodate climate action events, including high-level events, side events, exhibits and media activities, as well as delegation pavilions. 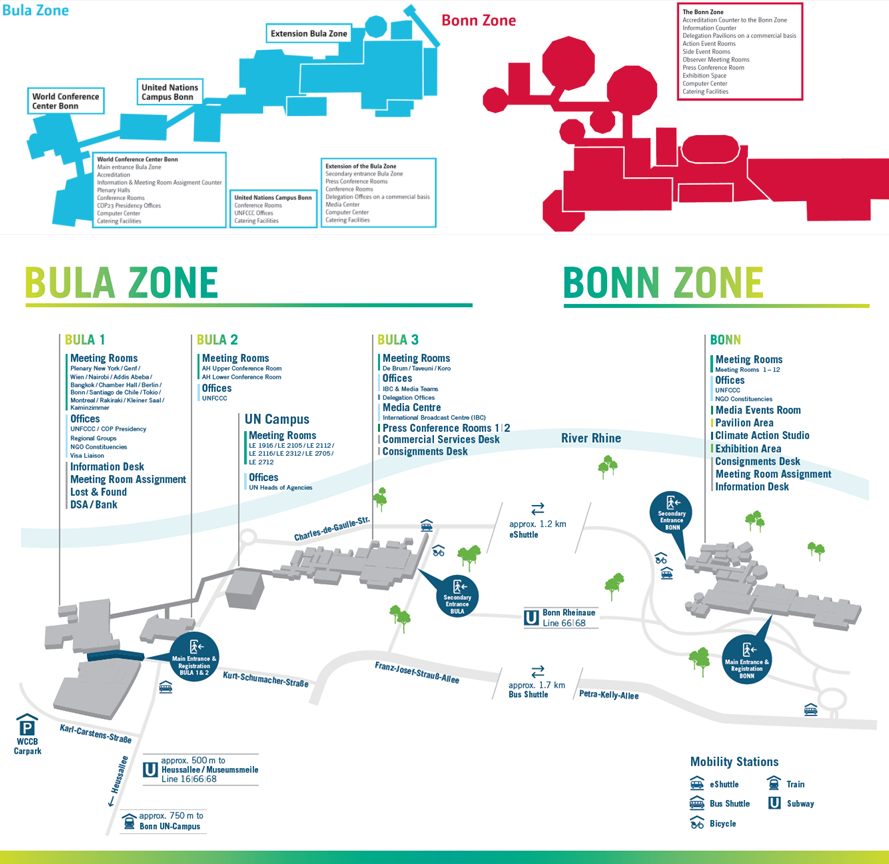