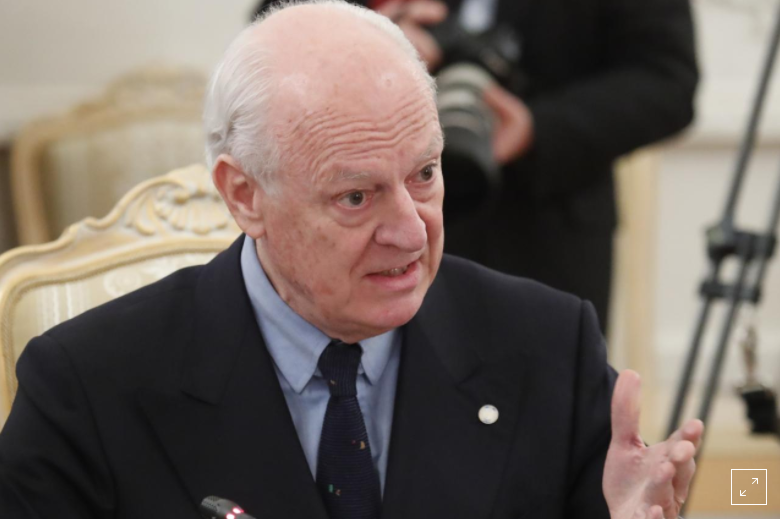 The United Nations Special Envoy for Syria said on Wednesday he had invited the Syrian government and opposition to a special meeting to be held next week in Vienna, Austria.

In a statement, Staffan de Mistura said that the Jan 25-26 meeting would focus on constitutional issues in Syria.

“The Special Envoy looks forward to the participation of both delegations in this special meeting. He expects that delegations will be coming to Vienna prepared for substantive engagement with him and his team with a specific focus on the constitutional basket of the agenda towards the full implementation of Security Council resolution 2254...,” he said.