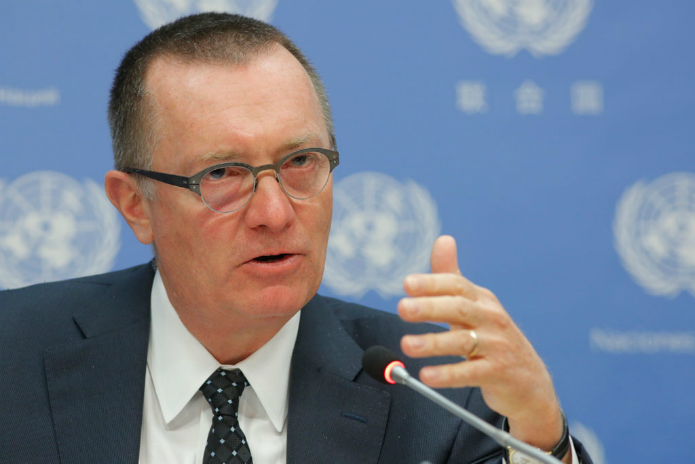 A UN official said Saturday that "sincere dialogue" is the only way the Korean Peninsula situation can be solved.

UN Undersecretary for Political Affairs Jeffrey Feltman issued the statement following his visit to North Korea from December 5 to 8.

Feltman stressed the need to fully implement all relevant UN Security Council resolutions, but also to prevent miscalculations and open channels to reduce the risks of conflict.

He added that the international community, alarmed by escalating tensions, is committed to the achievement of a peaceful solution to the situation on the Korean Peninsula.

North Korea is pursuing nuclear and missile weapons programs in defiance of UN sanctions and international condemnation. On Nov. 29, it test-fired an intercontinental ballistic missile which it said was its most advanced yet, capable of reaching the mainland United States, Reuters reported.