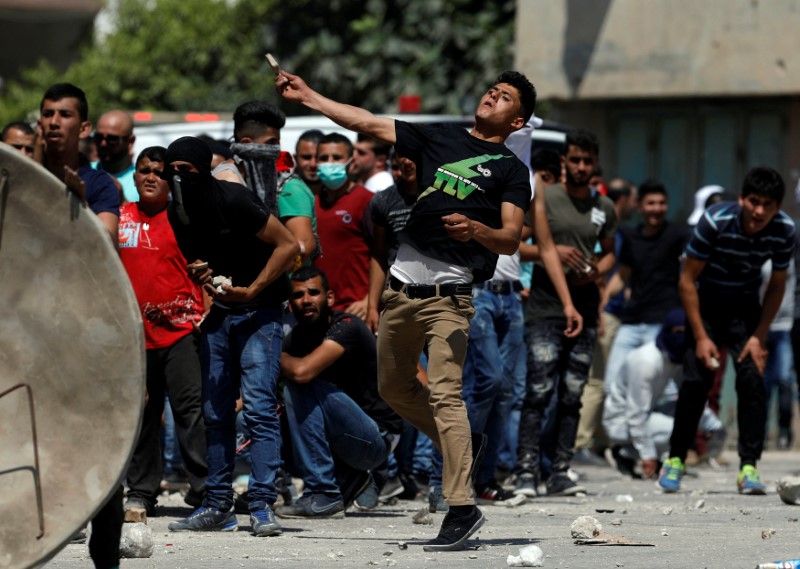 The Office of the UN High Commissioner for Human Rights on Tuesday condemned the "appalling, deadly violence" in Gaza during which 58 Palestinians were killed and almost 1,360 demonstrators were injured.

UN rights office spokesperson Rupert Colville said at a UN media briefing here that after Israeli security forces fired live ammunition, 155 of the injured were in a "critical condition".

He said six children and a health worker were among those who lost their lives, and ten journalists suffered injuries from gunshot wounds,

"The already crumbling health care system in Gaza has been placed under incredible strain and those suffering life-threatening injuries face a nightmarish scenario in the absence of adequate hospital beds and medical services," said Colville.

He noted there were cases in which injured demonstrators were effectively prevented by Israel from exiting Gaza for treatment.

"We are extremely worried about what may happen today -- an emotional day on all sides -- and in the weeks ahead. We urge maximum restraint," said Colville.

The UN office stressed that "lethal force may only be used as a measure of last -- not first -- resort, and only when there is an immediate threat to life or serious injury.

"An attempt to approach or crossing or damaging the fence does not amount to a threat to life or serious injury and are not sufficient grounds for the use of live ammunition," said the UN spokesperson.

He said this is also the case regarding stones and Molotov cocktails being thrown from a distance at well-protected security forces located behind defensive positions.

The UN human rights office called for an independent transparent investigation into all cases of death and injury since March 30.

It said that since March 30, 112 Palestinians, including 14 children, have lost their lives at the fence and thousands have been injured.