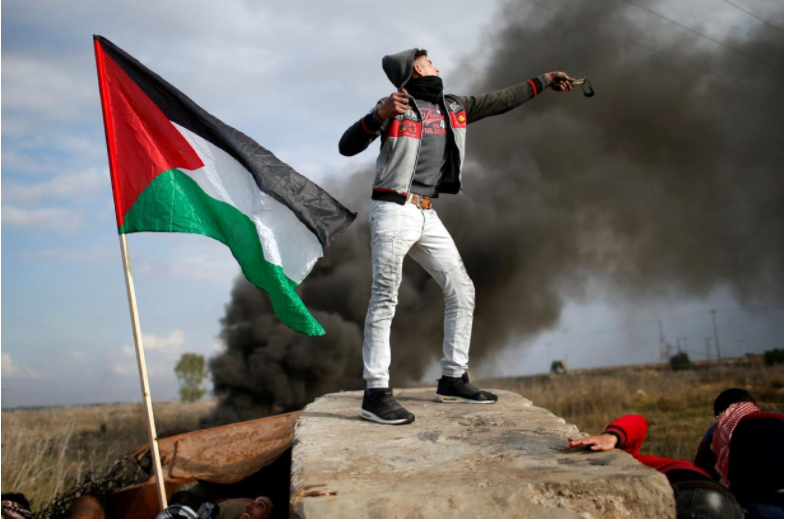 A Palestinian demonstrator uses a slingshot to hurl stones towards Israeli troops in the east of Gaza City December 15, 2017. Photo: Reuters/Mohammed Salem

The United Nations Security Council is due to vote on Monday on a draft resolution that would insist decisions on the status of Jerusalem have no legal effect and must be rescinded, diplomats said on Sunday, after US President Donald Trump recognized the city as Israel’s capital.

The one-page Egyptian-drafted text, which was circulated to the 15-member council on Saturday and seen by Reuters, does not specifically mention the United States or Trump. Diplomats say it has broad support but will likely be vetoed by Washington.