Texas Governor Greg Abbott says 26 people were killed in the attack on a Texas church and that it was the deadliest mass shooting in the state’s history.

Two officials have identified the suspect in a mass shooting at a Texas church as Devin Kelley.

The officials — one a U.S. official and the other in law enforcement — spoke to The Associated Press on the condition of anonymity because they weren’t authorized to discuss the ongoing investigation, which they were briefed on.

The U.S. official says Kelley lived in a suburb of San Antonio and that he doesn’t appear to be linked to organized terrorist groups. The official says investigators are looking at social media posts Kelley may have made in the days before Sunday’s attack, including one that appeared to show an AR-15 semiautomatic weapon.

Authorities say Kelley walked into the First Baptist Church in Sutherland Springs and opened fire, killing more than 20 people and wounding at least 10 others.

This item has been corrected to fix the spelling of Kelley on second reference. 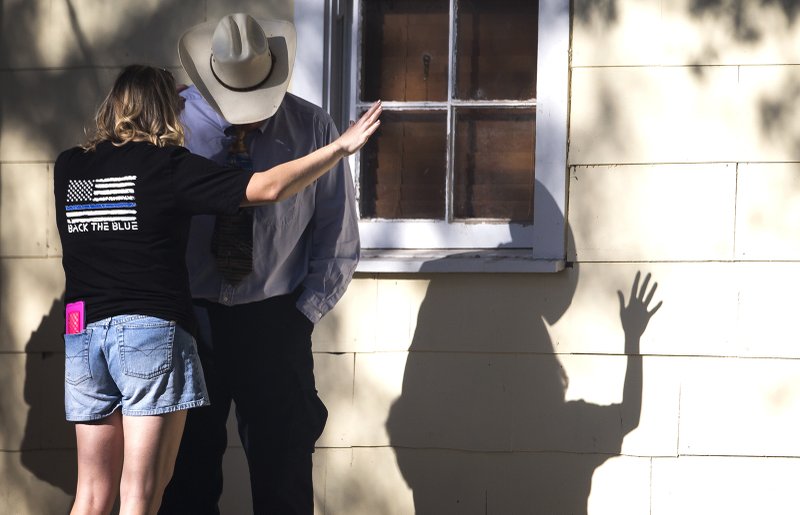 A woman prays with a man after a fatal shooting at the First Baptist Church in Sutherland Springs, Texas, on Sunday, Nov. 5, 2017.  Photo: AP