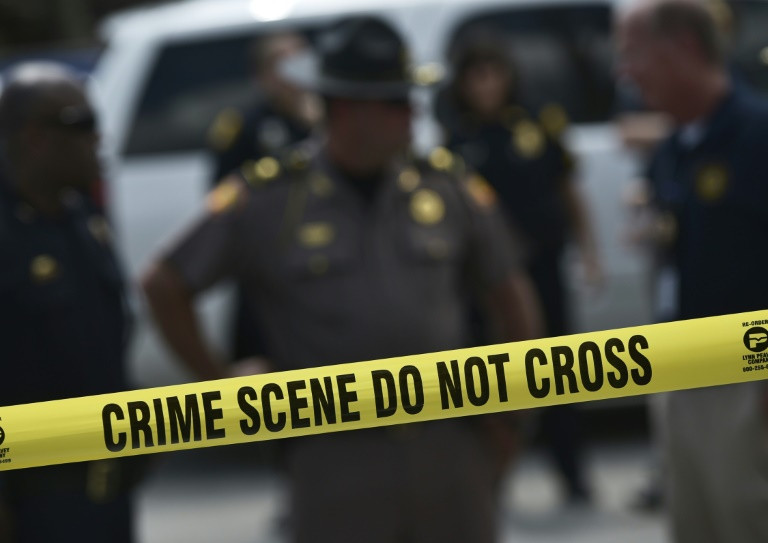 Police were hunting for a shooter who opened fire Wednesday at a high school in Florida, an incident that reportedly left several people injured, officials said.

The incident was unfolding at Marjory Stoneman Douglas High School in Parkland, a city in the southern part of the state between Boca Raton and Fort Lauderdale.

"There are reports of victims," the sheriff's office said. "Shooter still at large."

Television images showed students being led out of the school by heavily armed police officers and an armored vehicle filled with a SWAT team arriving at the scene.

One injured victim was seen being placed into an ambulance on a stretcher.

Police officers in helmets, bulletproof vests and armed with automatic weapons could be seen stationed at several points around the school.

Police from neighboring Coral Springs advised teachers and students in the building to "remain barricaded inside until police reach you."

CBS News cited the sheriff's office as saying there were multiple people injured.

The White House said President Donald Trump had been informed of the incident.

"The president has been made aware of the school shooting in Florida," the White House said. "We are monitoring the situation. Our thoughts and prayers are with those affected."

The shooting, one of several since the start of the year, will once again throw the spotlight on America's epidemic of gun violence and the ready accessibility of weapons, with 33,000 people dying annually from gun-related deaths.

Since January 2013, "there have been at least 283 school shootings across the country -- which averages out to one school shooting a week," according to Everytown for Gun Safety, a non-profit group that advocates for gun control.

Since the 2012 massacre at the Sandy Hook Elementary School in Newtown, Connecticut, where 20 children and six adults were shot dead, warning procedures and emergency drills have multiplied at US schools.

The goal is to teach school children how to react to a shooter who opens fire at random.