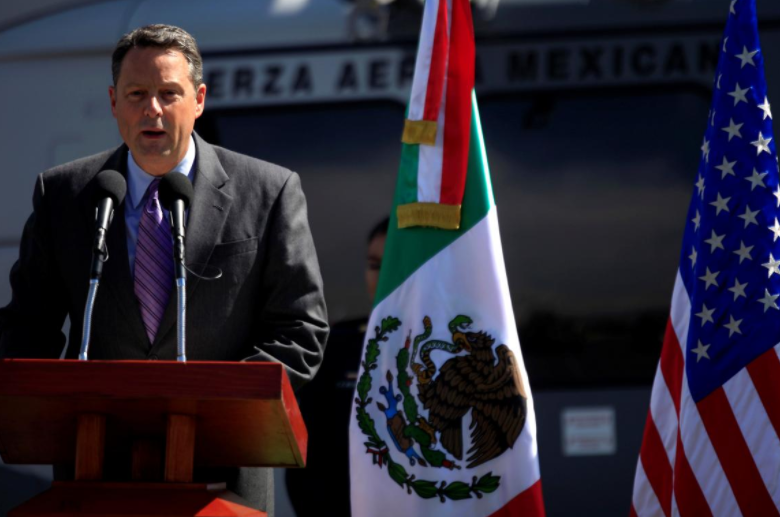 US Deputy Chief of Mission John Feeley in Mexico speaks during a ceremony at a hangar of the Secretariat of National Defense in Mexico City, Mexico November 8, 2010. Photo: Reuters/Eliana Aponte

“As a junior foreign service officer, I signed an oath to serve faithfully the president and his administration in an apolitical fashion, even when I might not agree with certain policies. My instructors made clear that if I believed I could not do that, I would be honor bound to resign. That time has come,” Feeley said, according to an excerpt of his resignation letter read to Reuters.

A State Department spokeswoman confirmed Feeley’s departure, saying that he “has informed the White House, the Department of State, and the Government of Panama of his decision to retire for personal reasons, as of March 9 of this year.”