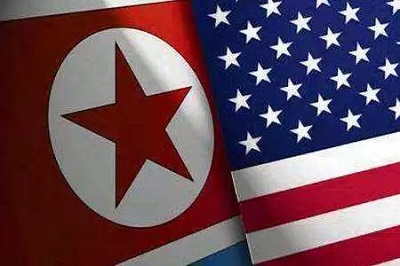 Washington (People's Daily) - A day after Trump reinstated North Korea to the US list of state sponsors of terrorism, the Trump administration intensified pressure on North Korea by putting an additional set of sanctions on companies and transport systems that support North Korea. This is the latest push of the US to isolate North Korea over its nuclear weapons development and deprive it of revenue.

North Korea was previously added to the list of state sponsors of terrorism in 1988 and removed from it in 2008 amid nuclear negotiations spearheaded by former President George W. Bush.

In total, the administration sanctioned one individual, 13 companies and 20 vessels for either their “long-standing commercial ties to North Korea” or as “transportation networks that facilitate North Korea’s revenue generation and operations.”

“As North Korea continues to threaten international peace and security, we are steadfast in our determination to maximize economic pressure to isolate it from outside sources of trade and revenue while exposing its evasive tactics,” the US Treasury Secretary Steven Mnuchin said when announcing the new sanctions.

“These designations include companies that have engaged in trade with North Korea cumulatively worth hundreds of millions of dollars. We are also sanctioning the shipping and transportation companies, and their vessels, that facilitate North Korea’s trade and its deceptive maneuvers,” the statement also reads.

Most of the vessels were cargo ships with North Korean flags. The United States has called on countries around the globe to stop hiring North Korean workers, whose salaries mostly go to their government.