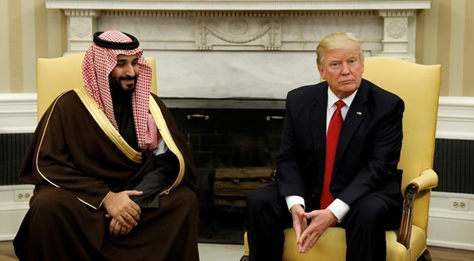 Washington (People’s Daily) – The US State Department is poised to approve three Foreign Military Sales deals with Saudi Arabia worth a total of $1.07 billion.

The bundle includes the supply of around 7,000 TOW 2B missiles, estimated at $670 million. The US Defense Security Cooperation Agency (DSCA) delivered the certification notifying Congress of the projected sale on Thursday.

The other two requisitions involve a $106 million contract for helicopter maintenance and $300 million worth of spare parts for hardware for tanks and other military vehicles.

The US State Department indicated in a statement that “this proposed sale will support US foreign policy and national security objectives by improving the security of a friendly country.” It maintained the sale is consistent with US initiatives to increase stability in the region and enhance interoperability with US forces.

The arms agreements were announced following Saudi Arabia's Crown Prince Mohammad bin Salman’s meetings with US President Donald Trump at the White House on Wednesday, and with Defense Secretary Mattis on Thursday.

Trump anticipates Saudi Arabia will share some of its wealth with the US, “hopefully in the form of jobs, in the form of the purchase of the finest military equipment anywhere in the world.”

Some US campaigners and legislators are urging Western governments to halt or limit arms sales to Saudi Arabia, owing to its involvement in the civil war in Yemen. Prior to the meeting, the US Senate killed a resolution seeking an end to US support of the Saudi-led coalition in Yemen.

The US State Department said it has notified the US Congress which has thirty days to counter the administration’s proposal.