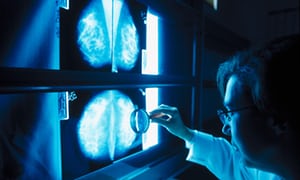 The US National Comprehensive Cancer Network (NCCN) has frequently recommended drugs beyond Food and Drug Administration (FDA) approved indications, with weak evidence to support the recommendations, according to a new study.

The network, an alliance of 27 leading cancer centers in the country, was seriously questioned in the study published in the British Medical Journal earlier this week.

The study raised concerns that the NCCN, which often publishes clinical practice guidelines for American oncologists, "justifies the coverage of costly, toxic cancer drugs based on weak evidence."

A total of 47 drugs approved by the FDA between 2011 to 2015 were examined, and comparison was made of FDA approved indications and NCCN recommendations as of March 2016.

Dr. Vinay Prasad, assistant professor of medicine at the Oregon Health and Sciences University, who led the study, was quoted by CNN as saying that cancer patients could be paying more than necessary for treatments.

"What is the evidence supporting those recommendations? In this study we find unfortunately it is weak or lacking in many cases and I think that is of some concern," Prasad said.