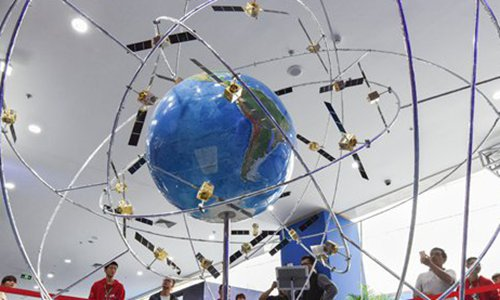 Washington (People's Daily)--The US and China released a joint statement regarding their combined work on civil signal compatibility and interoperability cooperation between the Global Positioning System (GPS) and the Bei Dou Navigation Satellite System (BDS) on Monday.

The consensus to make both systems compatible and interoperable for public users means an improved service will become a global reality for users of both systems.

Advances in this specific satellite technology came about after years of discussions between US and China experts in the field of global navigation satellite systems (GNSS).

In May 2014, the China Satellite Navigation Office and the Office of Space and Advanced Technology with the US Department of State, together created the US-China Civil GNSS Cooperation Dialogue, a bilateral government-to-government initiative designed to promote a working relationship between the US Global Positioning System (GPS) and the Chinese Bei Dou Navigation Satellite System (BDS).

Representatives and experts from both sides have studied and discussed various topicsrelated to civilians service provision and user applications, among which BDS compatibility and civil interoperability with GPS is a core focus area.

Since the bilateral satellite team was established both sides negotiated compatible signal characteristics required to protect and enhance the GPS user experience in the US and for its China equivalent.

Both sides reached the following GPS/BDS compatibility and interoperability conclusions. Their collective findings were consistent with the bilateral frequency compatibility coordination from 2010.

As radio frequencies, GPS and BDS are compatible within the framework of the International Telecommunication Union (ITU) and GPS L1C and BDS B1C civil signals.

The Sino-US satellite team will remain committed to work together in efforts to provide an advanced level of service for global users.