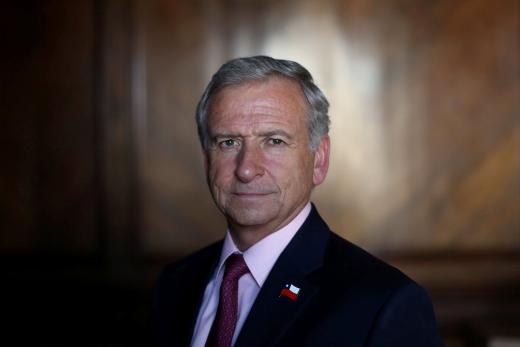 He made the remarks after US President Donald Trump signed Thursday a memorandum that could impose tariffs on up to 60 billion US dollars of Chinese products, and restrict Chinese investments in the United States.

"It is certainly not good for the global economy," Larrain told reporters.

"There are other ways to resolve trade disputes. I hope dialogue prevails, and that this (dispute) definitely does not lead to an escalation that is going to harm the entire world," Larrain added.

Those who believe that the dispute is a matter of concern only for the United States and China "are mistaken," he noted.

Given the uncertainty of the global economy, Chile will have to "work hard" to ensure its economy will continue to expand, he said.

"That's why we are wary and hoping for reason and rationality to prevail, and not an escalation of protectionism that would harm everyone," said the minister.