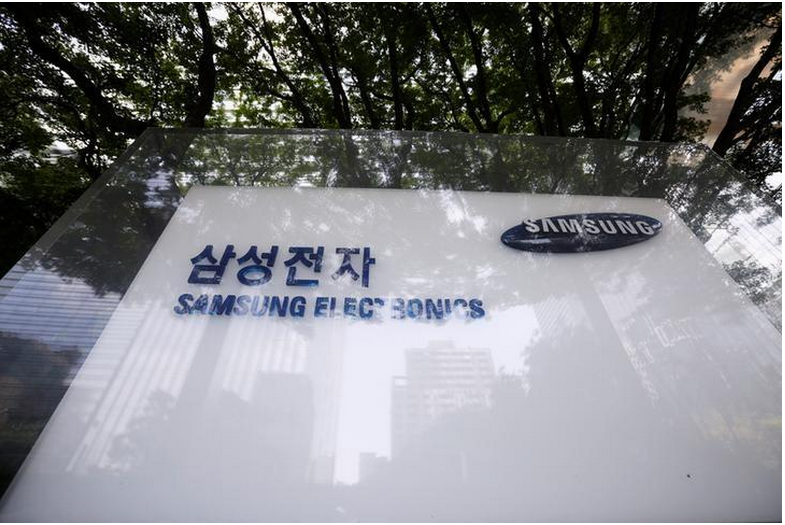 The logo of Samsung Electronics is seen in front of its office building in Seoul, South Korea, August 25, 2017. REUTERS/Kim Hong-Ji

The US International Trade Commission on Tuesday recommended tariffs to keep Samsung and LG from flooding the US market with inexpensive washers, a step that would protect American appliance giant Whirlpool Corp.

The ITC said a graduated tariff rate should be placed on imports of large residential washing machines above a 1.2 million-unit threshold in each of the next three years, with the rate starting at 50 percent the first year and sliding down to 40 percent by the third year.

The panel was split on whether tariffs should be imposed if fewer than 1.2 million units were imported in any given year.

Whirlpool shares moved higher on news of the recommendation, and were up more than 2.6 percent in midafternoon trade.

President Donald Trump is expected to make a decision on the recommendation by early next year.

The ITC found last month that surging washing machine imports harmed domestic producers, although it did not find that washers made specifically in South Korea, already subject to anti-dumping duties, were responsible.

Lawmakers from South Carolina, where Samsung is building a factory, had written to the ITC to ask that any remedies not be too severe.

Whirlpool brought the case under Section 201 of the U.S. Trade Act of 1974 seeking “global safeguard” restrictions to protect its market. It is one of two major recent cases relying on Section 201, a statute that had not been invoked since 2002, when then-President George W. Bush imposed temporary tariffs on steel imports.