HEADLINE US Congress faces mounting pressure to act on guns

US Congress faces mounting pressure to act on guns 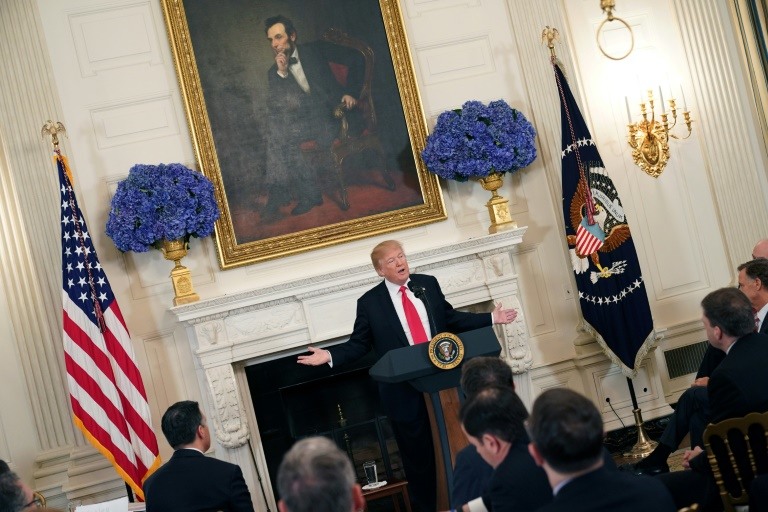 US lawmakers returned to Congress Monday under pressure to address the nation's gun violence epidemic following the Parkland mass shooting, as staff make an emotional return to the Florida school where 17 people were killed.

President Donald Trump has called for gun law reform in the wake of the tragedy, including strengthening background checks on firearm purchases, but the White House has yet to announce support for specific legislation in Congress, where enacting federal gun restrictions faces major obstacles.

The Republican leaders in the Senate and House of Representatives have remained largely silent on the matter, with members of their party split on how to proceed.

The vast majority of Democrats want to bring gun control efforts to fruition in Congress, and a new CNN poll showed that 70 percent of Americans support stricter gun laws, up 18 points since October.

Republicans from suburban districts where calls for gun control have swelled have expressed an openness to raising the age limit for purchasing semi-automatic rifles to 21, or banning devices that turn such weapons into machine guns. But many conservative lawmakers consider any action that restricts gun rights as a creeping assault on citizens' constitutional right to bear arms.

The split appeared to leave the prospects of significant new gun legislation in doubt.

Dent said enhancing background checks and banning bump stocks "should be no-brainers," but the president's unambiguous support on the issue was still needed.

Trump, who repeatedly touted his Second Amendment credentials on the 2016 campaign trail, has said he is open to raising the minimum age for gun purchases and to banning bump stocks, which were not used in the Parkland killings.

The National Rifle Association has opposed some of the proposed gun measures.

Trump wants to see security boosted at US schools, and has promoted the idea of arming some teachers and staff in addition to on-campus guards.

Speaking at the Governors' Ball ahead of meetings with the top officials from all 50 states on Monday, Trump said school safety is a top priority: "I think we'll make that first on our list."

With the gun debate raging, students and teachers made an emotional return to Marjory Stoneman Douglas High School on Sunday for the first time since the February 14 massacre.

Staff were returning to work on Monday, and classes were to resume on Wednesday. 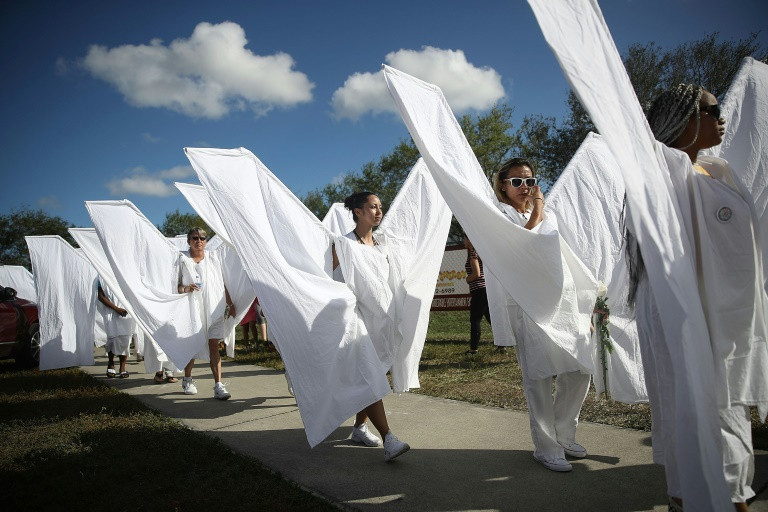 Other Parkland students meanwhile were traveling the country speaking to other students about their experience and the need for greater gun safety. They were also expected to meet with US lawmakers on Capitol Hill early this week.

In the latest display of courage from the Parkland student body, 17-year-old Madeleine Wilford who was shot multiple times addressed a press conference, where doctors said she is lucky to be alive.

"I'm so grateful to be here and it wouldn't be possible without the officers and first responders and these doctors, and especially all the love that everyone has sent," Wilford said.

The Parkland tragedy incident has once again shone the spotlight on the NRA, which fiercely opposes any limits to the right to bear arms enshrined in the US Constitution.

Several Democrats point to the NRA as an organization with immense influence among Republican lawmakers, contributing millions of dollars in campaign donations and pushing back against efforts to curb gun rights.

In recent days several major American corporations including airlines Delta and United, rental car firms Alamo, Avis, Budget and Hertz, and insurance providers Chubb and MetLife announced they were withdrawing benefits for the NRA and its members.

The United States has more than 30,000 gun-related deaths annually.