US EPA head fights for his job in meeting with Trump 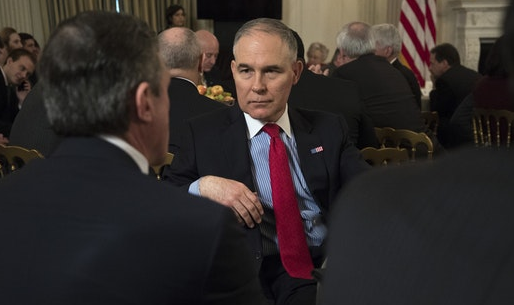 US Environmental Protection Agency administrator Scott Pruitt has met with President Donald Trump to make his case for why he should remain in his post amid a stream of questions about his ethical standing.

Pruitt visited the White House Friday to discuss his agency's recent steps to roll back Obama-era fuel efficiency standards for cars. But administration officials say he also fought for his job in his meeting with the president.

While some White House aides are increasingly fed up with Pruitt and chief of staff John Kelly has advocated firing him, Trump remains less certain. Pruitt is one of the most effective members of his Cabinet in undermining his predecessor's regulatory agenda, and Trump enjoys his hard-charging style.