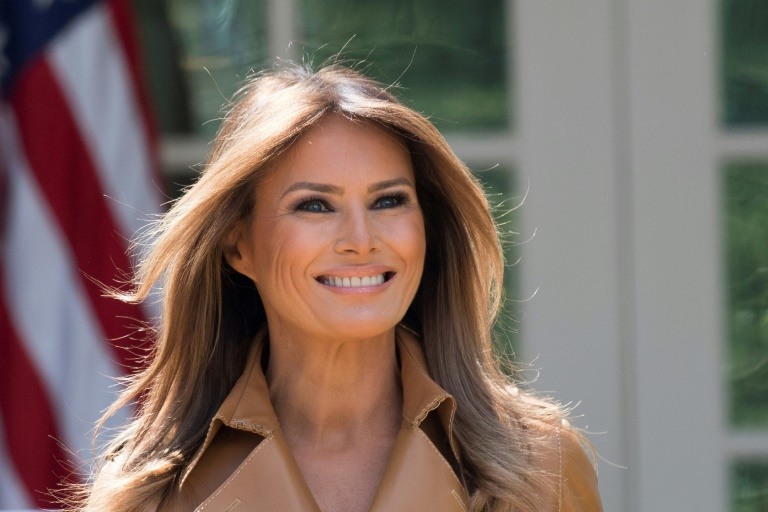 US First Lady Melania Trump will spend the rest of the week in hospital after surgery for a "benign" kidney condition.(photo: AFP)

US First Lady Melania Trump had surgery Monday for what aides called a "benign" kidney condition, and will remain in hospital for the rest of the week.

"The procedure was successful and there were no complications," Grisham said.

But the 48-year-old former model is expected to stay in hospital "for the duration of the week," her office said.

"The first lady looks forward to a full recovery so she can continue her work on behalf of children everywhere."

Hours after the procedure, President Donald Trump visited his wife at Walter Reed National Military Medical Center, where the first lady is being treated just north of Washington.

The facility has provided medical care to many presidents and their families.

"Successful procedure, she is in good spirits. Thank you to all of the well-wishers!" the president tweeted.

Jeffrey Leef, associate professor of radiology at the University of Chicago, told AFP that embolization is most frequently used to isolate a tumor, cancerous or benign.

The procedure "introduces a small catheter into the arterial system of the body" with the aim of obstructing the blood vessel, Leef said.

According to Elizabeth Kavaler, a urologist at Lenox Hill Hospital in New York, the first lady may have a common, benign tumor of the kidney called an angiomyolipoma, or AML.

"They are more common in women. They can grow but they are not cancerous," Kavaler said.

Leef said that "one of the ways it can manifest itself is with a little bit of blood in the urine, or maybe pain."

He added that it is common to stay overnight after the procedure.

"The most common side effect is pain," Leef said.

"Often, you need temporarily a type of pain control that can only be provided within a hospital."

Earlier this month, the first lady unveiled the initiative she plans to focus on during her time at the White House -- the "Be Best" awareness campaign aimed at helping children.

Her popularity rating has been on the rise since her husband took office more than 15 months ago.

According to a CNN/SSRS poll published a week ago, 57 percent of Americans have a favorable opinion of the first lady -- a big jump from January, when she enjoyed 47 percent support.

Her "Be Best" event in the White House Rose Garden reinforced the image of a first lady who is getting more comfortable in her role.