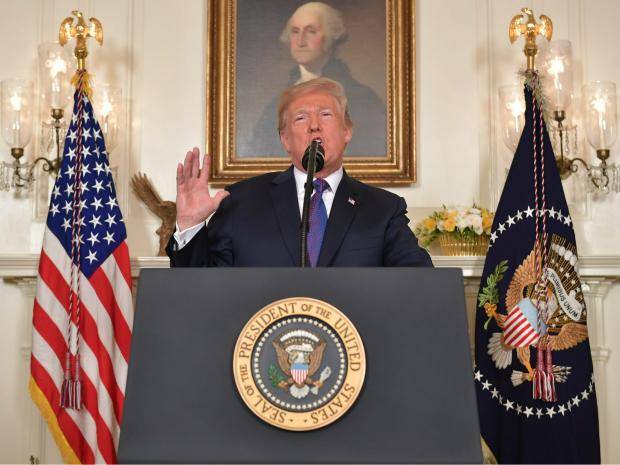 US President Donald Trump said on Friday he has ordered "precise strikes" on Syria in concert with Britain and France, according to US media.

In a televised speech, Trump said he ordered the US armed forces to launch attacks against targets related to Syria's chemical weapons capabilities.

Shortly after Trump began the address from the White House Diplomatic Reception Room, large explosions were heard in the Syrian capital Damascus, signalling a new chapter in a brutal seven-year-old civil war. 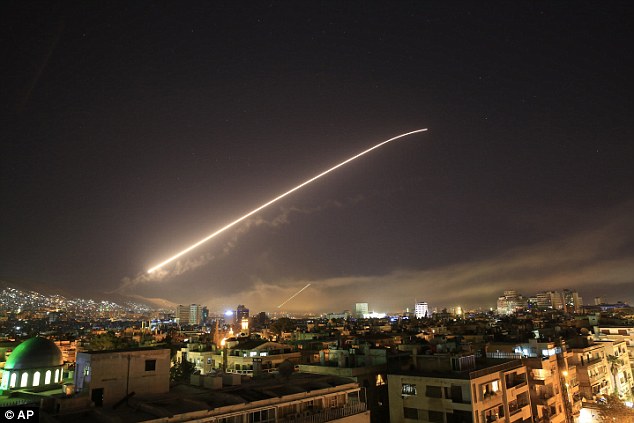 The Damascus sky lights up with missile fire as the US, Britain and France launches an attack on Syria.

According to Syrian observatory, scientific research facility and a number of Syrian army bases in Damascus get struck in attack.

Multiple US defense officials said US aircraft and ships were used in the attack.

A US official said the strikes had targeted chemical production facilities. Another official said multiple types of bombs were used, and a variety of targets chosen.

Fox news reported that Britain and France confirm they’ve joined the US in military strikes in Syria.

UK Prime Minister Theresa May said in a statement that she "authorized British armed forces to conduct co-ordinated and targeted strikes to degrade the Syrian Regime's chemical weapons capability and deter their use." 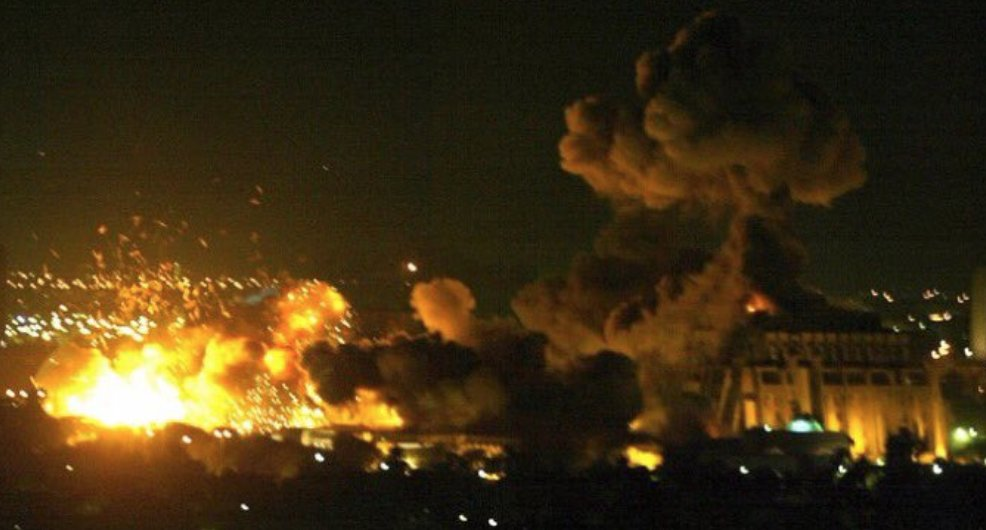 And Syrian TV also reported Syrian air defenses have responded to strikes launched by US and allies.

It said the Syrian air defenses had shot down 13 missiles in the Kiswah area south of Damascus on Saturday. 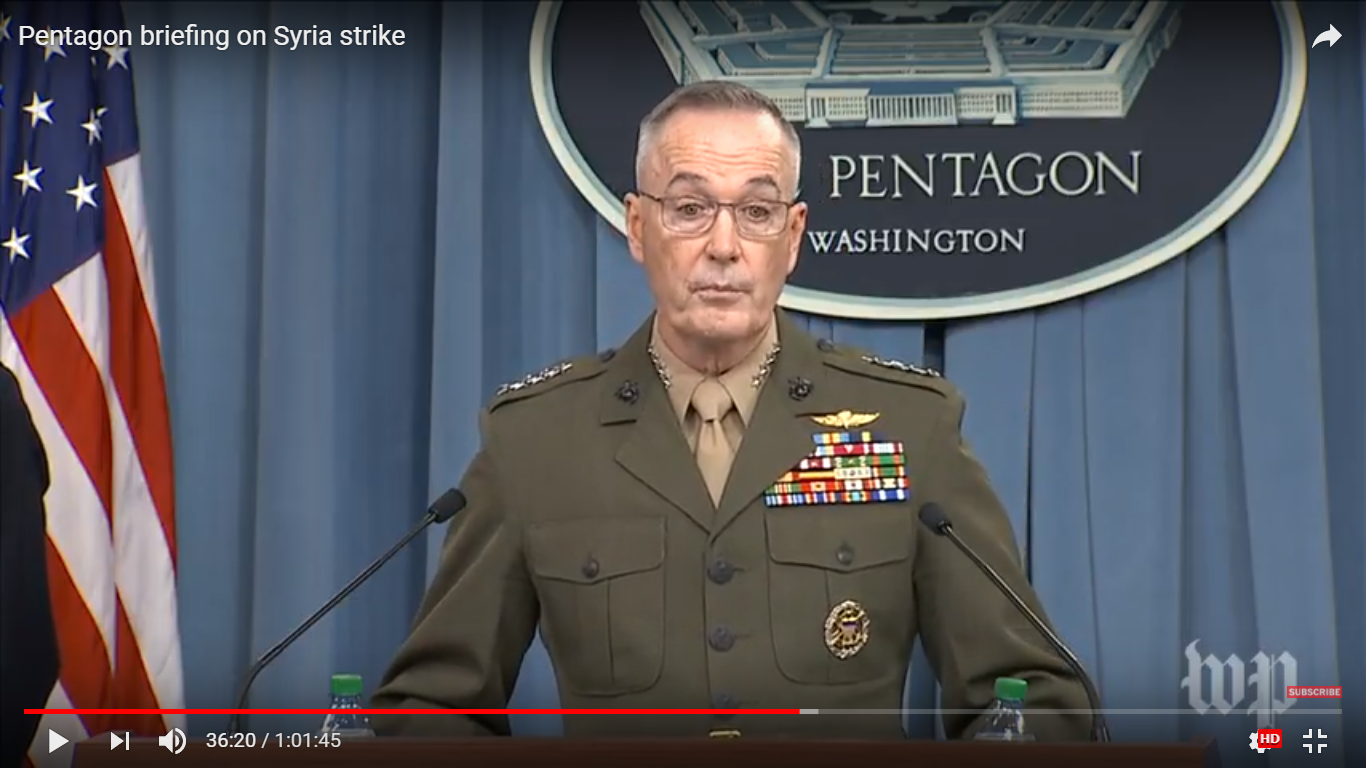 Screenshot of Pentagon briefs on US strikes in Syria