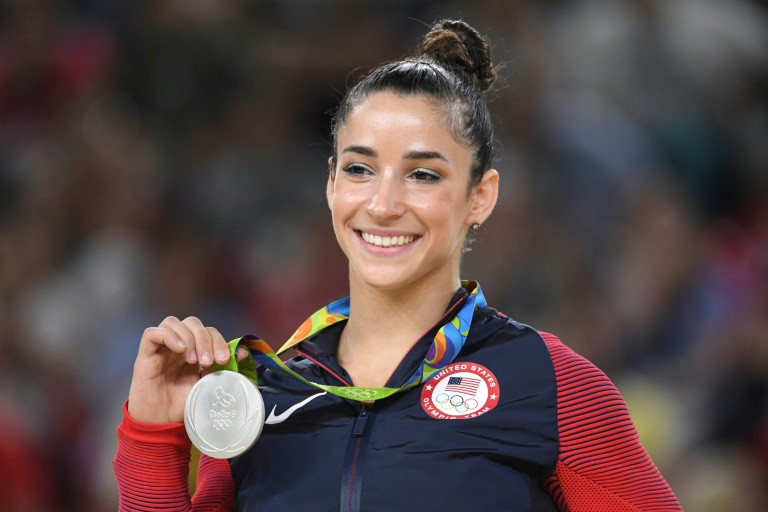 US gymnast Aly Raisman is the latest member of the USA Gymnastics team to reveal being sexually abused by former team doctor Larry Nassar. Photo: AFP

Raisman, 23, is the latest member of the US national team and the biggest US gymnastics star to reveal being molested by Nassar, who is facing more than 20 counts of sexual assault.

Raisman revealed the sexual abuse by Nassar in a preview on Friday of an interview to be aired in full on Sunday on the CBS show "60 Minutes."

Raisman, who won six medals at two Olympic games, including three gold medals, said she was first treated by Nassar at the age of 15.

"When I see these young girls that come up to me, and they ask for pictures or autographs... every time I look at them, every time I see them smiling, I just think -- I just want to create change so that they never, ever have to go through this," she said.

"Why are we looking at why didn't the girls speak up?" she asked. "Why not look at what about the culture?

"What did USA Gymnastics do, and Larry Nassar do, to manipulate these girls so much that they are so afraid to speak up?" she said.

Raisman's teammate, McKayla Maroney, 21, revealed last month that she too had been molested by Nassar under the guise of medical treatment.

Raisman, whose book "Fierce" is coming out this month, told "60 Minutes" that she spoke with FBI investigators about Nassar after the Rio Olympics.

Nassar was involved with USA Gymnastics for nearly three decades and worked with the country's gymnasts at four separate Olympic Games.

He has pleaded guilty to child pornography charges and could face life in prison if he is convicted of the 22 criminal sexual conduct charges he is facing.

Nassar's case was part of a wide-ranging scandal which forced the resignation of USA Gymnastics chief Steve Penny last year.

Penny was accused by victims of failing to quickly notify authorities about abuse allegations.

USA Gymnastics, in a statement to "60 Minutes," said it is "very sorry that any athlete has been harmed."

"We want to work with Aly and all interested athletes to keep athletes safe," it said.

USA Gymnastics also said it has adopted a new "safe sport policy" in response to the Nassar scandal that requires "mandatory reporting" of suspicions of sexual abuse.