US has 'obligation' to pursue N. Korea diplomatic track: Pompeo 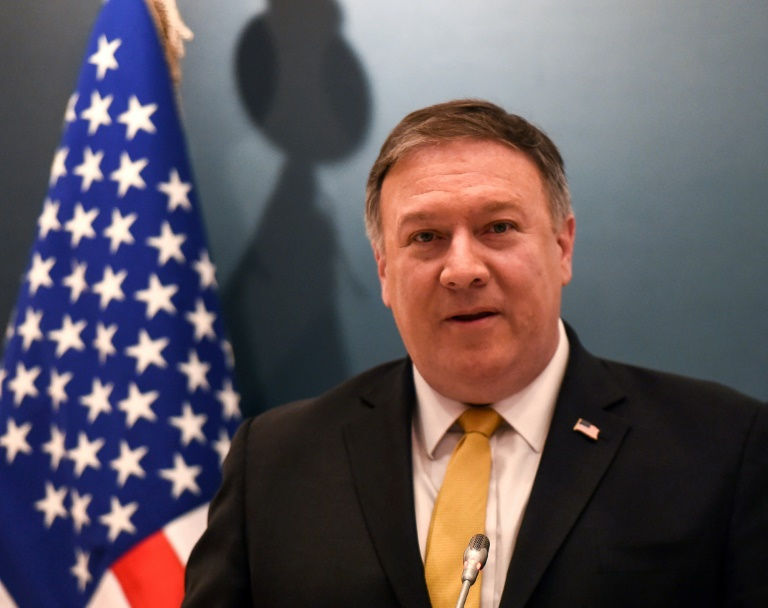 The US has an "obligation" to pursue a diplomatic solution with North Korea, and there is a "real opportunity" for progress, Secretary of State Mike Pompeo said in an interview broadcast Sunday.

"We have an obligation to engage in diplomatic discourse to try and find a peaceful solution so that Americans aren't held at risk by Kim Jong Un and his nuclear arsenal," Pompeo told ABC's "This Week."

Pompeo told journalists on Sunday that he believes Kim is looking for "concrete" actions.

"I'm confident that Kim Jong Un is looking for more than a piece of paper," Pompeo said during a Middle East trip.

US National Security Advisor John Bolton said Libya's decision to give up its nuclear program through diplomacy was a "model" for efforts to get North Korea to do likewise.

"We have very much in mind the Libya model from 2003, 2004," Bolton told Fox News Sunday when asked if North Korea would have to fully give up its nuclear weapons, fuel and missiles before the US makes concessions.

"There are obviously differences, the Libyan program was much smaller. But that was basically the agreement that we made," Bolton said.

Libya announced in late 2003 that it was giving up any ambitions to acquire weapons of mass destruction and would allow UN inspections of its nuclear sites, following months of secret talks with London and Washington.

But Libya's move to scrap its nuclear program also serves as a model of what North Korea fears will happen: its government was later overthrown by rebel forces supported by Western air strikes in 2011.

Pyongyang regularly cites the fates of Saddam Hussein in Iraq -- whose government was toppled by a US-led invasion -- and Libya's Moamer Kadhafi, who was killed after his fall from power, as evidence of the need for nuclear arms.

South Korean President Moon Jae-in met with Kim in an historic summit, agreeing on Friday to pursue a permanent peace and the complete denuclearization of the Korean peninsula.

An armistice brought the fighting on the Korean peninsula to an end in 1953 but, 65 years later, a final peace agreement has still not been reached.

The Moon-Kim meeting has raised expectations for US President Donald Trump's own planned summit with the North Korean leader, the date and location of which have not yet been finalized.

Last year, Pyongyang carried out its sixth nuclear test, by far its most powerful to date, and launched missiles theoretically capable of reaching the US mainland.

Its actions sent tensions soaring as Kim and Trump traded personal insults and threats of war.

Trump has demanded the North give up its weapons, and Washington is pressing for it to do so in a complete, verifiable and irreversible way.

Pyongyang is demanding as yet unspecified security guarantees to discuss its arsenal.