HEADLINE US helicopter crash in Iraq kills all aboard: military

US helicopter crash in Iraq kills all aboard: military 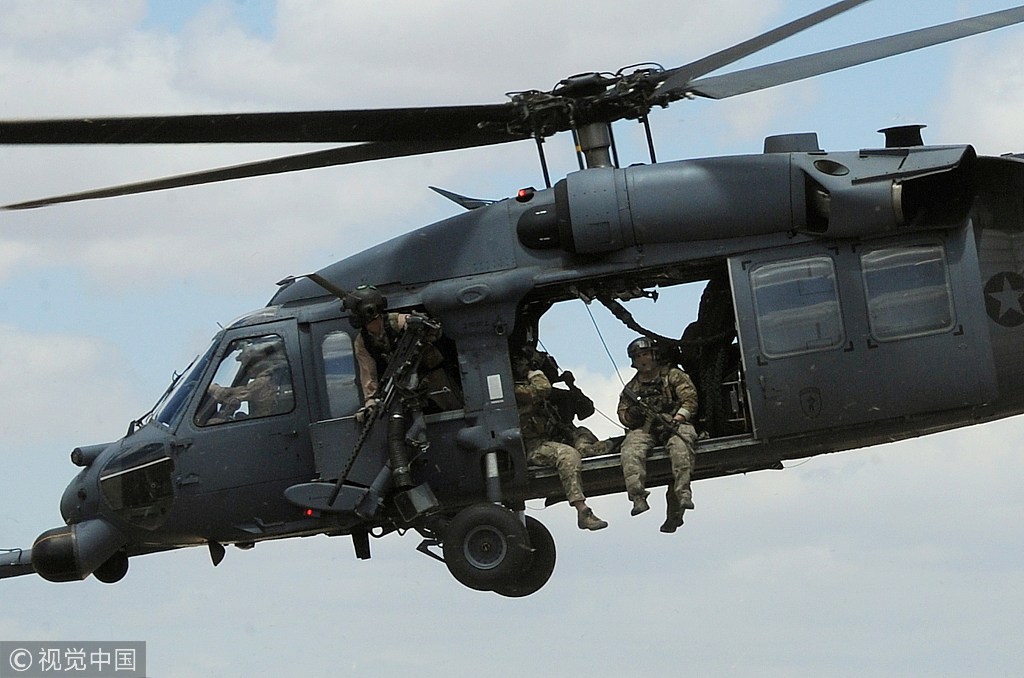 All personnel aboard a US military helicopter carrying American service members were killed in a crash in western Iraq, the US Central Command said on Friday.

Central Command did not say how many people were killed in the crash late on Thursday. A US military official told Reuters on Thursday the US HH-60 Pave Hawk helicopter was carrying seven people.

The crash, which did not appear to be the result of enemy activity, is under investigation, the command said in a statement.

“All personnel aboard were killed in the crash,” said Brigadier General Jonathan P. Braga, director of operations of the Combined Joint Task Force. “This tragedy reminds us of the risks our men and women face every day in service of our nations.”

Two US officials, speaking on condition of anonymity and citing initial reports, said on Thursday the aircraft crashed near al-Qaim, a town in Anbar province close to the Syrian border.

The United States says it has about 5,200 troops in Iraq that are part of a coalition fighting Islamic State militants.