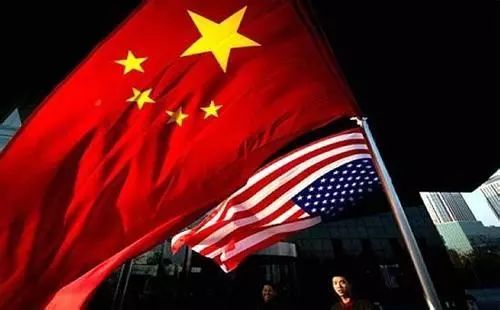 The recent release of a US Section 301 investigation report which accuses the Chinese government of interfering with the transfer of technology from the US was called pointless by an expert on Tuesday.

Overall, the accusation, which has ignored China’s reality and efforts in intellectual property rights (IPR) protection all these years, is fairly pointless, Professor Liu Chuntian of Renmin University of China told the People’s Daily.

Above all, issues in technology transfer highlighted by the US is a contract issue. Enterprises from the two countries can cooperate for mutual benefits.

Issues between enterprises can be resolved through various approaches such as negotiations, arbitration or judicial means. Such complicated affairs can be confronted by the companies. It is natural that government should not be nosy and bluff.

Accusing the Chinese government of interfering with technology transfer is groundless. Even if there were evidence that China’s government practices are problematic, the US could file a complaint with the World Trade Organization (WTO).

The US government's unilateral measures against China are contrary to the rules of the market and rules widely acknowledged by the international society.

The American companies are indeed well positioned in many areas. Their Chinese counterparts are willing to cooperate and introduce advanced technology in the learning process. Through in-depth research and development, Chinese companies might make their own progress and improve competitiveness. The US will need to learn from other countries, too. All countries are entitled to thrive and benefit from further research.

China has committed to achieving modernization through innovation. Both our government and people are aware of the importance of IPR protection. All progress made in IPR protection in our country also reflects the country’s knowledge and attitude on the matter.

Recent years have witnessed the work on IPR protection transform from the passive mode to proactive model. After China’s accession to the WTO, the country has improved the legal system for IPR by amendments to the Patent Law, the Trademark Law and the Anti-Unfair Competition Law. We are now speeding up revisions to the Copyright Law. All these actions establish a robust IPR protection system.

China has also implemented the national IPR strategy while raising the awareness of IPR among the people. In 2017, China filed 1.3 million applications for invention patents, which was more than the combined number from the US, the European Union, Japan and South Korea. Trademark registration has been rising sharply, too.

China has reformed the judicial system of IPR. In 2014, IPR courts were set up in Beijing, Shanghai and Guangzhou. Their practice in the past three years has achieved outstanding results and attracted the attention of the international community. Meanwhile, they have been highly evaluated by European and American industrial, judicial and legal societies.

China has established separate IPR courts in various locations and the trial system has been further improved. There are nearly 3,000 IPR judges in China, making it one of the best in the world. The country is planning to create a unified national IPR appellate court.

The 301 investigation initiated by the US side has leveraged IPR as an excuse. As a type of asset, IPR is an important tool in enterprises’ competition. IPR related disputes among enterprises have emerged frequently in many countries, and the US is not immune to this. This is one of the indicators that technological progress contributes significantly to economic growth.

In a market-oriented economy, we all need to respect the basic laws of economic operations. Facing cross-border disputes between enterprises, the US government has abandoned legal channels and international rules by unilaterally applying the 301 investigation in the name of protecting US corporate IPR. By its "beyond market means," US is threatening other countries with sanctions. A "shortcut" in response to market and economic activities will only lead to an awkward situation.

Negotiations as the solution

Trade disputes must be solved and settled under the framework of bilateral and multilateral negotiations. China must actively respond to irrational accusations and continue to apply practices in IPR protection consistently. This is also to meet the demands of China's economic and social development.

Being a developing country, China is still in the process of developing the rule of law. We need to continuously learn and get familiar with the IPR protection system from global-leading countries.

Objectively speaking, it is normal to have some trade frictions and disputes. The key is which approach we would take to solve the problems.

The nature of trade disputes is a matter of business. It must be resolved through negotiations under the framework of bilateral and multilateral rules.

The current US government is holding up the great protectionism stick and intends to resolve the issue of "talking" by "fighting" a trade war. This is not a wise choice. There will be no good outcome.

Only by returning to the right track of cooperation and win-win between China and the US will both sides create the foundation for solving problems.