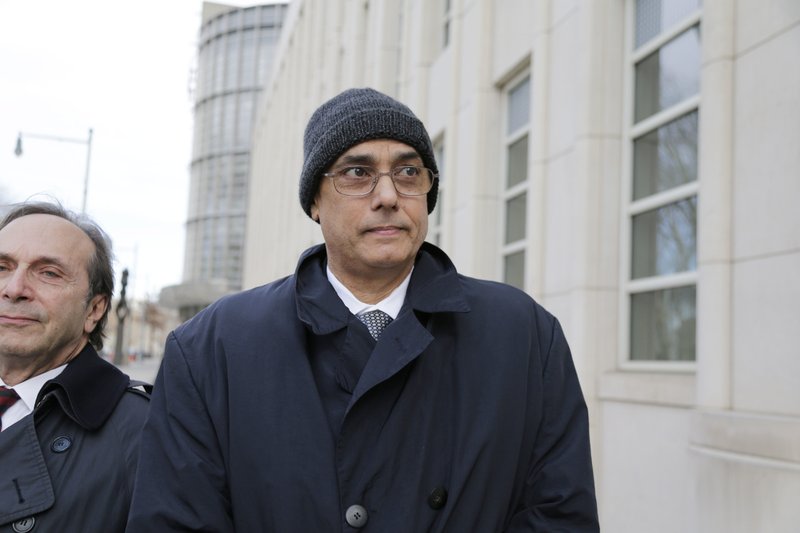 A former South American soccer official was acquitted in the FIFA bribery scandal on Tuesday and walked out of the courtroom saying he’s finished with the world’s most popular sport.

“God bless America. That’s all I can say,” the 60-year-old Burga said with eyes still wet from tears minutes after the verdict was delivered in Brooklyn federal court.

Burga was the first person to be acquitted among over 40 people and entities in the world of global soccer charged in the U.S. with a scheme to extract hundreds of millions of dollars in bribes and kickbacks. Of those, 24 pleaded guilty.

The case against Burga was always thin. He faced a single count while two co-defendants — Juan Napout, of Paraguay, and Jose Maria Marin, of Brazil — were convicted of heftier charges Friday in a prosecution that exposed a culture of greed and corruption in soccer’s executive suites.

Burga called the result a miracle and noted he prayed the rosary twice daily before the acquittal.

Burga said he would go home to Peru and resume a career as a lawyer after 15 years as a soccer executive.

“My history in soccer is finished,” he said. “I’ll go back to the law.”

The judge had jailed Marin, 85, and Napout, 59, after their convictions Friday. The two also were acquitted on some lesser charges.

Burga’s attorney, Bruce Udolf, said he was sure Burga was innocent but believed he would be convicted Tuesday based on a question from jurors Friday.

“I figured I’d be looking at him a jail cell,” Udolf said. “I’m so happy. ... I want to go outside and do a couple of cartwheels.”

Marin, Burga and Napout had been arrested in 2015. Prosecutors accused them of agreeing to take millions of dollars in bribes from businessmen seeking to lock up lucrative media rights or to influence hosting rights for the World Cup and other major FIFA-controlled tournaments.

World soccer’s governing body had said last week it would seek compensation and a share of the cash.

During the trial, Udolf insisted his client never took a bribe.

“I would submit to you that never has more been made of less evidence,” he told jurors.

On Tuesday, Udolf credited Burga for insisting on a trial and saying he never agreed to anything.

“He’ll go to his grave saying that,” said the Fort Lauderdale, Florida, lawyer who headed the public integrity unit of the Miami federal prosecutor’s office for five years in the 1990s.

Udolf said Burga would return to his childhood home, where he now lives modestly with his wife and two children.

Burga was held for a year in Peru on the U.S. charges before his transfer to the United States, where he was freed on bail to await trial. He’d been living with relatives in Washington.

Burga said he’d spend a month reunited with family before helping others through an administrative law practice.

“We have to look forward, not backward,” he said.