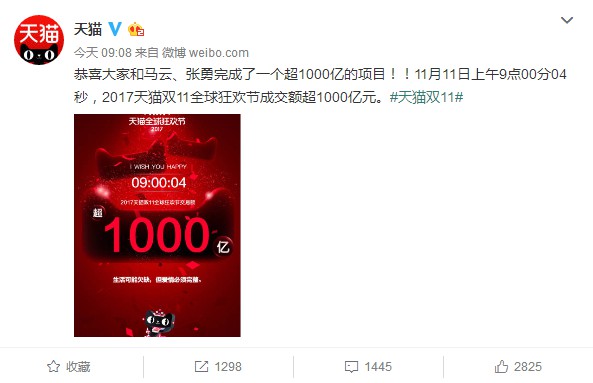 Till 9am on November 11, the sales have touched a whopping 100-billion renminbi mark.

Alibaba took only 3 minutes and 1 second to hit 10 billion renminbi in sales for the Singles’ Day, which starts at the midnight before November 11. And, till 9am on November 11, the sales have touched a whopping 100-billion renminbi mark.

The News-Times was quick to point out that Alibaba’s Singles’ Day sales figures have put US’s Black Friday and Cyber Monday figures to shame.

Amazon’s “Prime Day” notched up $ 1 billion in sales for the first time this year. However, the figure couldn’t be achieved within a single day as it took 30 hours.

The New York Times cited that this year’s cumulative sales of Prime Day, Black Friday and Cyber Monday could match only 43% of Alibaba’s total Singles’ Day sales of last year. 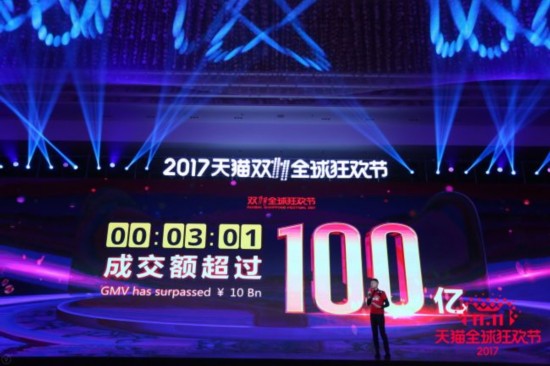 The platform reached the 100-billion renminbi sales mark in 6 minutes and 58 seconds last year. (Photo provided to China Plus)

The News-Times said other e-retailers are pulling out all stops to match Alibaba’s Singles’ Day success.

JD.com has tied up with Tencent and Baidu to woo shoppers on its platform. Besides, JD.com has partnered with Walmart to help fill customers’ orders.