US misjudges trade dispute with China 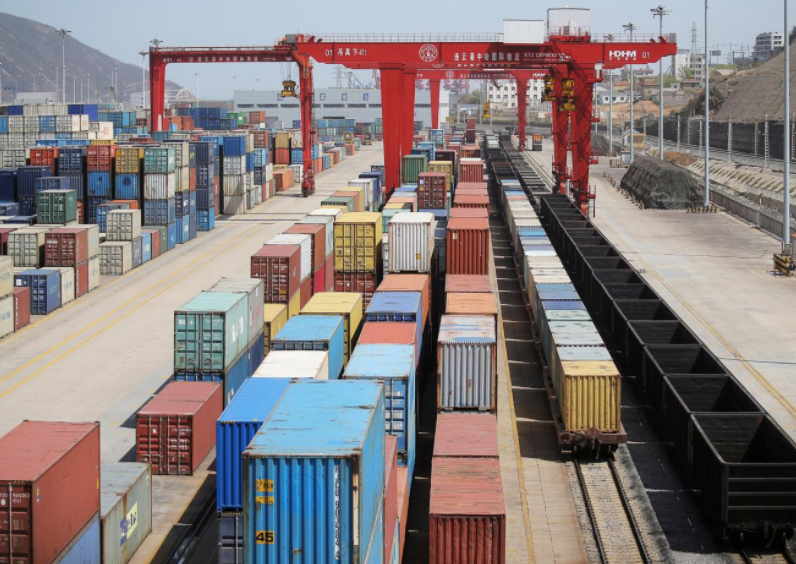 The US has made a serious misjudgment on the situation and has taken terribly wrong actions and China will fight back immediately, said China’s Ministry of Commerce on Friday, after US President Donald Trump doubled down a potential trade war with China on Thursday threatening more tariffs on $100 billion in Chinese goods.
Trump’s Thursday statement shows that China’s previous counterstrikes “hit the rail nail on its head,” said Bai Ming, deputy director of the International Market Research Institute under the Ministry of Commerce.
China on Wednesday announced it would introduce 25 percent tariff hikes on 106 US products, including soybeans, cars and whiskey, a countermeasure against Trump’s list of Chinese imports he planned to target with 25 percent tariffs.
The US first stirred up the trade dispute with China on March 8, with Trump’s announcement that steel and aluminum imports were a threat to US national security, and levied tariffs against the them from China and other countries.
On March 23, the US made another move against Chinese imports, with Trump signing a memorandum to impose large-scale tariffs worth $50 billion on Chinese goods, citing the Section 301 Investigation while also limiting Chinese business investments, mergers and acquisitions.
One of the excuses the US used to start this trade dispute with China stems from its large trade deficit it has with China, which has to be compensated for by imposing tariffs on Chinese goods, a move designed to decrease Chinese imports and thus narrow the trade deficit.
On Wednesday, Trump said on Twitter the US has an annual trade deficit of $500 billion with China. However, the statistics from the US Department of Commerce shows that the US trade deficit with China was $375.2 billion in 2017.
Stephen Roach, a senior researcher from Yale University had already pointed out the misreading of the deficit statistics by the US president at a forum last month.
Roach said the China-US trade imbalance, to a large degree, is related to the distortion of supply chain. The US trade deficit with China will decrease at least one-third based on the calculation method of trade value-added by the World Trade Organization (WTO) and the Organization for Economic Co-operation and Development (OECD). The actual deficit could be $250 billion, 40 percent lower.
The manufacturing processes of one product are ccmpleted in multiple countries and the traditional calculation counts all the trade surplus on the terminal product export country, which cannot fairly reflect trade imbalances and value distribution.
Take the iPhone as an example. Calculated with 2009 statistics, an iPhone assembled in China sells at the price of $178.96, but only $6.50 of the item is created in China, with the rest of the value gained by US designers, South Korean and Japanese component suppliers. This means the US deficit with China could be disintegrated into deficits with South Korea and Japan, and the actual deficit with China in terms of iPhone production would drop from $1.9 billion to $73 million.
Meanwhile, the Sino-US trade deficit usually varies from each other due to the differences in statistic specifications. According to the statistics from China’s General Administration of Custom, China’s trade surplus with the US in 2017 totaled 18.70 billion yuan, converting into dollars as less than $300 billion due to exchange rate fluctuations.