HEADLINE US parents see Chinese language as an investment

US parents see Chinese language as an investment 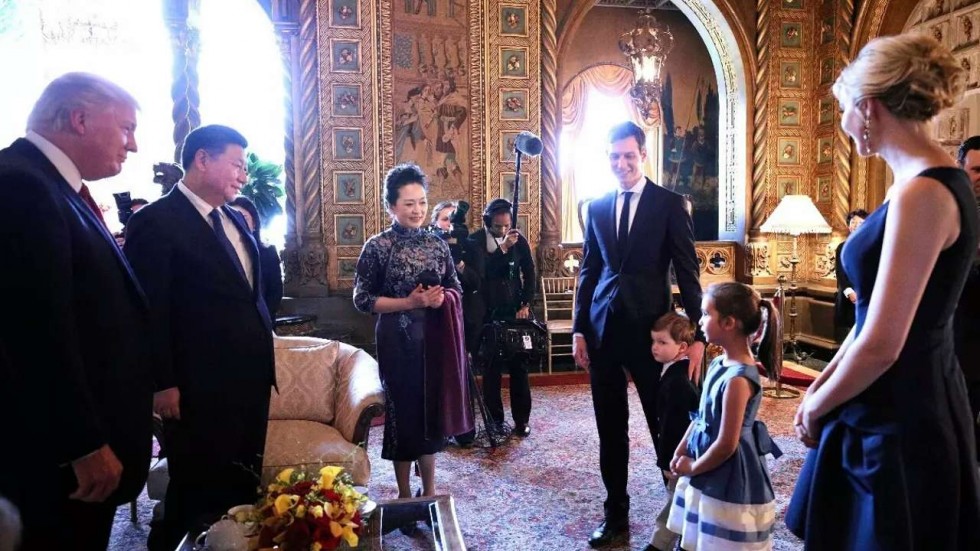 A strong advocate, Rogers urged western parents to start their kids on Chinese stressing that “it will be the most important language of the rest of their life.”

Rashmi Kulkarni, a healthcare professional, took her son Arin Pai to Little Dynasty, a Chinese language school in Irvine, California for mommy-and-me classes when he was just a one-year-old.  And over the next four years, she took her son to Chinese class every week.

Of course, Kulkarni knew that China had a strong economy but that wasn’t the only reason why she wanted her son to learn Chinese.

Recently, she signed her son up for online one-on-one Chinese classes taught by native speakers in China. The Internet classes run less than $10 an hour.

“As long as he’s willing, I’m taking him,” she said about Arin’s Chinese language studies.

She can envision the AP Chinese test and Arin speaking and developing relationships that will be useful for when he travels to China.

Rather than wait years later, Tamara Freeze, an attorney in Southern California, is making time to take her six-year daughter Sophia to China this year for summer camp.

Sophia also started learning the language in the mommy-and-me classes.  In addition, Freeze hired a Chinese nanny.  “We want her to speak fluent Chinese,” she said while doing everything she can to make sure her daughter has as solid language foundation.

Freeze, who moved to the US from Russia to go to college, was set on choosing a non-Anglo Saxon language for her daughter to study.  She chose Mandarin because she was drawn to “the beautiful culture of China.”

After the mommy-and-me classes, Freeze kept Sophia at a Chinese preschool and later enrolled in after-school language classes.

Now, her little girl not only speaks fluent Chinese but also plays the Erhu, a traditional Chinese string instrument.

The US-China Strong Foundation reported last year that the number of young Chinese language students in the US had doubled in two years.

But not every family can afford to move abroad just to learn a language.

Jena Heath, a veteran journalist based in Austin, Texas, adopted her daughter Caroline a decade ago in China.

In 2008, Utah passed an international initiative to begin dual language immersion programs for Chinese and other languages.

According to the Utah State Board of Education, the dual language immersion program employs a half-and-half model.  Students spend the first half of the school day studying their chosen foreign language, and the second half is spent using English.

Other US states have since implemented the model.

Austin school district superintendent Maria Carstarphen said, “Language immersion is the way for the future.”  The South Texas school district only offered Spanish immersion classes when Heath and other parents decided to push for a Chinese immersion program.

In 2012, the first Chinese language immersion program in Austin was introduced at Doss Elementary School. With roughly 20 students in each class,  Caroline was one of the few ethnic Chinese students in the program.

Today, she’s in the advanced Chinese program at Murchison Middle School. In addition to learning the language at school, Caroline also studies at Lily Pad, a Chinese language school founded by Brandy Wang, a teacher from Taiwan.

Born and raised in Houston, Wang’s parents immigrated from Taiwan to the US.  She has fond memories from when she was a little girl studying the Chinese language.

“She always made sure me and my sister had the perfect Chinese pronunciation,” said Wang when talking about her mother, a television broadcast journalist in Taiwan.

Wang’s parents served as principals at their neighborhood Chinese school and would take their daughters to Taiwan for the summers.

After graduating from the University of Texas with a degree in Education, today Wang is a schoolteacher in Austin.  She started Lily Pad in 2009 as a summer camp, which has since grown into a school with roughly 80 students.

Both the Better Chinese and Lily Pad texts are just two among many Chinese language curricula.  Some were created in China such as Ji’Nan Chinese, which some were written in the US like Mei Zhou (America) Chinese.

Ji’Nan Chinese is designed to teach elementary school students 2,500 Chinese characters, middle school students 3,500 characters, which is too many for overseas Chinese students, according to Dr. Ma Li Ping, principal of the Heritage Chinese School in Mountain View, California.

Ma began teaching Chinese to this specific group in 1994 when she was doing her Ph.D. research in education at Stanford University.  Some of her fellow Chinese scholars sent their children to Ma to learn Chinese.  The children made up her first Chinese language class.

Ma wrote her language curriculum over the course of ten years while working as a teacher. Finalized several years ago, the Ma Li Ping Chinese curriculum overs grades through kindergarten to AP classes, spanning 11 years of Chinese language study.

Children of first-generation Chinese immigrants have advantages in learning the language.  Since their parents speak the language at home, they naturally have a good sense of the language which Ma compares it to air - people don’t see it, but it’s important.

However, not every Chinese parent values or even has a clear goal when it comes to their children learning the Chinese language.

On the contrary, Ma has encountered several motivated non-Chinese parents.

One mother, who has twins and doesn't speak a word of Chinese, draws images of the textbooks to help her kids learn.  Her twins are among the 10 or so non-Chinese students at Heritage Chinese, which has a total enrollment of 1,300 students throughout 11 grades.

She realized early on that she needed to try a new approach in teaching the Chinese language and switched from a language-oriented base to one that was culture-oriented.

But what part of Chinese culture would her students need to learn was a question Ma pondered for years.

But Ma knew that wasn’t going to be enough and wanted more.

Today, she teaches an 8th grade class at Heritage.  The textbook she uses, “A Window to Chinese Culture,” features parts of the Chinese literature classic “Book of Songs.”

“When I told my students the poems were from the real lives of Chinese living in China 3,000 years ago,” Ma said, “my students were so amazed.”

And the 10th grade textbook, “A Tour of Chinese Culture,” offers a spectrum of Chinese history and philosophy.

Ma hopes the students can be helpful blocks in building her Chinese-descended students a positive identity.

With two children who grew up in the US, Ma feels rewarded that they occasionally choose to read Chinese novels just for fun - a lifelong gift that she was able to give them.